Hey, I've Got This Great Idea! 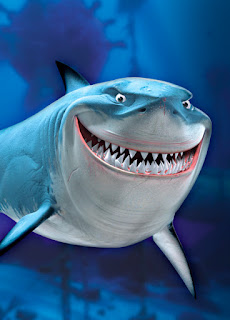 Janet Reid is a literary agent who drinks scotch and stalks Jack Reacher. Her progress on both counts can be followed on her blog JetReidLiterary.Blogspot.com and on Twitter @Janet_Reid. She's the first agent to be a guest blogger on Crime Writers' Chronicle, and we're very pleased to have her here.


Back in the day—before I met that guy down at the crossroads and became an agent—I worked in book publicity. A lot of my time was spent at readings with Q&A segments. One of the worst questions a lot of authors got asked was "Where do you get your ideas?"

The answers ranged from the serious: "I write about what I'm interested in knowing more about" and "I write what the voices in my head tell me" to what I was told Walter Mosley reportedly answered once: "Montgomery Ward." 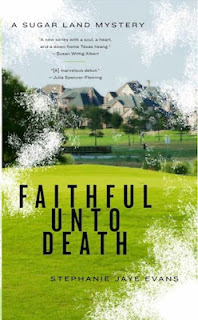 Now that I'm an agent, I hear from writers who have ideas but are afraid they'll be stolen. One querier emailed me several times concerned about how we disposed of rejected pages; was our garbage collected in a secure fashion? (I howled with laughter at that. NYC Sanitation dudes move too fast to be reading much. The lady who does sort through our trash is looking for something with more immediate cash potential than an unpublished, rejected manuscript.)

Some writers still attach copyright notices to their queries just in case anyone has an inclination to lift their pearls of wisdom and wit. (This is a VERY bad idea. Don't do it. Don't let anyone talk you into/scare you into doing it. All it does is mess up the copyright application when your book is sold and published.)

But those are the flakes and the fodder for cocktail party gossip and writers conference panels. In the reality of an agent's daily grind, we do talk about ideas with authors, particularly authors who have been on submission for awhile and not sold.

While I don't like it if a project hasn't sold, I do like being able to come up with new ideas for my clients. It's fun. And the best part is, I don't have to do any of the work!

Last Friday morning I read an article in Shelf Awareness about people who "bookshop sit"—they tend the store for indie bookstore owners who need to be away for more than a day. My mind immediately turned to murder. What would happen IF… the owners never came back? What would happen IF… the sitter discovered a body concealed in a window seat that had clearly been there for more days than she'd been sitting? 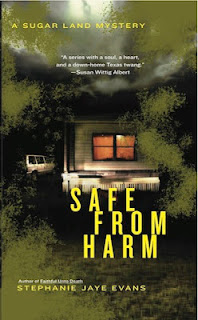 My great good fortune is that I can send these ideas to one of my authors who is looking around for fodder. If it resonates, great. If not, well, back to Montgomery Ward!

I also talk to my authors about ideas for plot and character. When Stephanie Jaye Evans was finishing her second book SAFE FROM HARM, naturally I had the book and characters on my mind. One morning I was standing in the shower thinking about her protagonist Walker "Bear" Wells, and a scene came to me that was so vivid it could have been a projection on the wall. I leaped out of the shower and ran to the phone. I called Steph and shrieked "Eureka!" Fortunately she has caller ID so she didn't hang up.

Some time later, the first 100 pages of Book Three arrived in my in-box. The "shower scene" wasn't the first one, but it was the second. It was very very cool to see my idea there on the page in the hand of a great writer, I must confess.

Not all of my clients want to toss ideas around. Some of them have very fixed notions of what they're going to write, and that's it. Some like to toss a lot of ideas around before settling on one. And some just get calls from their agent, wrapped in towels, announcing they've had a vision!

What does this mean for you if you are unpublished? Think about how you work. Do you like to consider many ideas and get feedback before starting? Do you want an agent who will call you with ideas or do you just want to be left alone to write. Knowing how you work best will help you pick the right agent. ASK as you're interviewing the agents who've offered you representation. We know how we work; we'll be glad to talk about this with you.

What does this mean for if you are published and agented? Don't be afraid to ask for help if you think you need some. Most agents are willing and eager to help their clients with developmental work. I've heard clients of other agents say things like "I don't want to bother her (the agent)." In fact, this is NOT a bother, this is the actual woof and warp of the job. And if you do want help and your agent isn't eager or willing to do that, well, then you have some information you didn't have before, and that's good to know.

Back in the day when I worked in PR, another least favorite question was "Hey I've got this idea. How about you write it and we'll split the money." There was no way to respond with anything other than a less stark version of "You've clearly never tried to write a novel or you'd know how stupid that idea is."


**well I'll also sell it, help you edit it, help you develop your online presence, help you manage your career, and get the next book done too. All for that same percentage!