The Sweet Mysteries of Life

Today, I am happy to introduce Charles Salzberg, author of the Swann series of novels about a finder of missing persons.  Charles  is a freelance writer whose work has appeared in New York magazine, GQ, Esquire and the New York Times Book Review.  He is the author of Swann's Last Song, nominated for a Shamus Award for Best First PI Novel, the sequel Swann Dives In, and the upcoming Devil in the Hole. He has also been a Visiting Professor of Magazine Writing at the S.I. Newhouse School for Public Communications, and teaches writing at the Writer's Voice and the New York Writers Workshop, where he is a Founding Member.  You can find out more at www.charlessalzberg.com/


A few years ago I found myself on a panel with several other mystery and crime writers, most well-established.  I was pretty much a novice, recently having published my first detective novel, Swann’s Last Song.  In a way, I felt like a fraud, since I had spent a couple decades writing non-fiction books and magazine articles, while always thinking of myself as a “literary” novelist, whatever that was.  After writing a few novels with nary a crime in sight, other than the “personal” crimes we commit each day, I had tried writing a detective novel merely as an exercise, to see if I could write something where a tightly woven plot was critical. 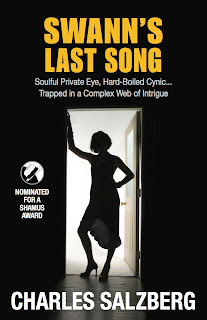 When it came time for questions from the audience a woman asked, “what’s the different between mystery writing and any other kind of writing?”  Without thinking, I blurted out, “there is no difference.”  Quickly realizing I had to back this up, I added, “every good novel is a mystery.  If not, why would you bother turning the page to find out what happens next?”
A couple of the other panelists nodded in agreement, and then we went on to the next question.  But later, when the panel was over, I couldn’t help coming back to this question and my answer.
I hadn’t really considered it before but what I’d said was not only true but essential for me as a writer.  It brought to mind other questions I and no doubt other writers have been asked over the years, namely, do I write from an outline and do I know the end of a novel before I get there?
The answer to both is, no.  For me, an outline would not only be scary and inhibiting, but also confining.  When I write mysteries or in my case detective novels, I think my plots would suffer terribly if I knew where I was going.
Especially in fiction, I think it’s essential to keep the reader guessing.  I’m afraid if I know where I’m going, so will my reader.  And so, not only don’t I know how, where and when my novel will end, but I don’t even know what’s going to happen on the next page, often even the next sentence.  For me, this keeps the writing fresh and if it’s fresh for me I’m assuming it will be for my reader, as well. 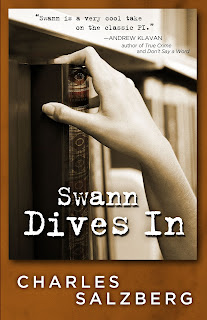 Another way to accomplish this is to constantly do the unexpected.  It’s what I tell my students to do all the time.  When they get to a point where things seem to be going swimmingly toss in a hand grenade to shake things up.  It’s similar, perhaps, to a plot twist, but it’s really more than that.  To me, it’s a matter of setting up a roadblock that the character, or really the author, has to overcome.  It’s like those speed bumps meant to make drivers slow down, and slowing down means having to think more about what you’re writing.
For instance, in my last Swann novel, Swann Dives In, in his search for a missing coed, skip tracer Henry Swann comes across a beautiful college professor.  The temptation was to have them get together, she seducing him or vice versa.  But this seemed stale and predictable to me and so, with no prior planning, I made her a lesbian.  Suddenly, the whole arc of the story changed, as did their relationship.  It made me a better, more creative writer, because I had to think of my feet.  I had to make it work.  This is far more like life, which can be unpredictable, capricious and uncontrollable.  Just when we think we’ve got it whipped, we’re thrown a curve when we’re looking fastball, and if we don’t adapt we’re done for. 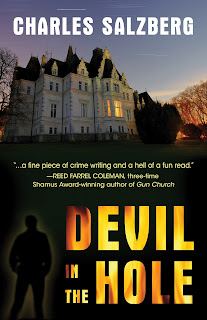 Of course, there is no right way or wrong way.  Other writers need to know just where they’re going and how to get there.  The two schools of thought are personified by two talented immensely talented, but very different kinds of writers.  Truman Capote claimed he couldn’t write the story unless he knew the ending, while Norman Mailer claimed he couldn’t write the story if he did.  I’m with Mailer.  Why would I even bother writing it if I know how it ends.  The thrill for me is in the discovery of what’s going to happen, how the characters will act and react.  And if you’ve created “real” characters they will react in real ways, ways that you don’t have to manufacture.
It’s a cliché that they take on a life of their own, but it’s true.
And so, each time I approach the computer there is a sense of dread, but also the excitement of not being quite sure of what’s going to happen next.
That’s the real mystery.