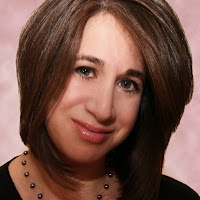 Rarely have the mystery communities so wrapped their various arms around a new writer as these last months they embraced verbally Jenny Milchman, a young crime writer from the great state of New Jersey!

Yes, Jenny, there IS a reward for perseverance!

I've been watching with awe for months the generous communal embrace of Jenny Milchman – on Dorothy L, Murder Must Advertise, Sisters in Crime – the generous adoption of this novelist.

Hundreds of mystery writers have cheered her on, in word, thought or prayer.

As Americans, we admire our comrades who show they are gutsy enough to keep-on-keeping-on. Through the wind, the rain, the snow, the ice, the storms life often throws our way.

Jenny, we're proud to know you and we all wish you success with Cover of Snow – and – all the books waiting to be released from your talented brain.

Folks and friends of Crime Writers Chronicle, I just finished Cover of Snow – and bygolly, all those First Rate Writers who gave praise on the back cover – they all recognize a Fellow Hitter Out of the Ball Park!!

Welcome to the gang, Writer Milchman!

P.S. Marilyn Stasio in her NYT Review today praises Jenny Milchman's COVER OF SNOW! Congratulations, Jenny - you really hit the ball out of the park!


The Journey of a Thousand Miles 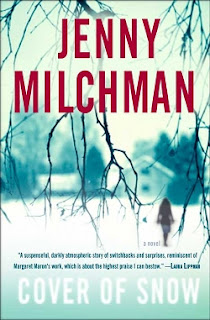 Begins with just one step, according to a great Chinese philosopher. This was about as true as it gets when it came to my publishing journey.

That first novel was an 180,000 word utterly unpublishable behemoth—although no one could’ve told me that. I thought it was wonderful, perfect, don’t change a single comma.

It was 1998, query letters were sent by snail mail, and I was backing up on floppy disks.

(Actually, I still back up on floppy disks, but that’s for another blog post.)

If Lao Tzu’s quote is true, what was the first step I took? How did I wind up writing eight novels before I finally sold The One?

I had always wanted to be a writer, but during my sophomore year of college, my decidedly non-directive parents asked me how my vocation would result in bills getting paid. I didn’t have much of an answer besides some hand-waving about writing poetry and living in a log cabin, so I decided to go to graduate school in psychology.

By 1998, I was working as a psychologist-in-training at a rural mental health center. Suddenly my life was like something out of a suspense novel. I was treating a cherubic blond child who’d just happened to kill the family pet; another patient took a gun out during group therapy and threatened to shoot herself.

All of a sudden it hit me that while I’d written a lot of poetry and quasi-Victorian novellas while studying English Lit, what I really loved to read was suspense and crime fiction. That was a watershed moment for me—to realize that I could (and should) write the kind of book I decompressed with in bed every night.

I began my first novel, and the words just poured out of me. 180,000 of them, as I’ve mentioned. I was wedded to every single one, and with the arrogance of the green, never-rejected writer, I began sending out query letters.

I was lucky enough to get responses, including one single-spaced, packed sheet of paper (snail mail, remember?) from Jonathan Kellerman’s agent. Among other things he said that he didn’t like spending so much time in my “neurotic protagonist’s head.”

“What the hey?” I thought. “My protagonist isn’t neurotic.”

I was stung because, in the way of most semi-autobiographical first novels, my protagonist was an awful lot like, well, me.

After I received this rejection, I sat down at my non-internet-enabled computer and looked at the novel again. And I saw why the agent thought my protagonist was neurotic, and I saw what I could do. I cut 60,000 previously essential words in just two weeks.

That novel—however trimmed down—didn’t get published, but it did earn me offers of representation. And so began the next ten years of my life when I was on more or less continuous submission. At a certain point, I said to myself, “Well, published writers write a book a year, and I want to be a published writer, so I’m going to try and do that.” At the very least, it would give me more chances to write something someone might like.

I wrote eight novels in eleven years, slowing down some when I had two babies. I had to switch agents twice because after representing two or three projects, getting close without getting to puff on any cigars, it’s usually better for an author and agent to part ways. Success often depends on a new set of contacts, or a certain scent of freshness.

This wasn’t the case with my eighth novel, though.

I had been working for three years with the agent I now call my forever agent. We were about out of options. My seventh novel had climbed all the way up to the publisher at the helm of the house that was considering it, only to be turned down at the very top.

My agent had said to me, “I am your agent. No matter how you publish, even if it’s with the smallest of presses, no real money to be had, you can count on me.”

At the same time, the world had changed. Self-publishing had become a viable option. It had become in some ways, for some writers, a better option even.

But it wasn’t a better option for me.

At this stage of the game, self-publishing precludes or at least sorely limits a writer’s entrance into bookstores and libraries, and for me that was a huge part of trying to publish, as opposed to simply penning stories in my garret. I had this dream of meeting readers and booksellers and librarians all over the country.

I had come to admire many authors during my long road, and one had written a novel in 2010 that particularly spoke to me. She knew about my many near misses, and although she had told me, quite understandably, that she couldn’t read unpublished manuscripts, at a certain point she agreed to take a look at my latest.

It was during the early dark of a January evening, just after my agent had made her forever pledge, when this author sent me an email.

“Jenny,” it said. “I couldn’t wait to tell you how much I am enjoying your book. If it doesn’t let me down at the end—and I can’t imagine that it will—I will want not only to offer you a blurb or endorsement, but to put it into my own editor’s hands.”

That editor turned out to like my book as much as her author did.

And that is how I finally came to be published.

The journey of a thousand miles starts with a step so far back, it’s sometimes hard even to remember. But if we keep walking, we will come to the right place.

At long last, my book has just been published. It’s time to take the first steps on my next 1,000 mile journey.


Jenny Milchman is a suspense novelist from New Jersey whose short stories have appeared in Ellery Queen Mystery Magazine, Adirondack Mysteries II, and in an e-published volume called Lunch Reads. Jenny is the founder of Take Your Child to a Bookstore Day, and the chair of International Thriller Writers’ Debut Authors Program. Her first novel, Cover of Snow, is published by Ballantine.

Jenny can be reached at jennymilchman.com and she blogs at suspenseyourdisbelief.com
at 7:30 AM