Don’t Know Much About History 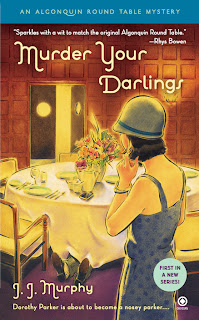 Today I move over and make space for a new and up-coming mystery writer, J.J. Murphy, a fellow Mystery Writers of America/New York Chapter member. J.J. is an award-winning health care writer in Pennsylvania. After the birth of twin daughters, as an escape from toddler television, he started writing MURDER YOUR DARLINGS, a historical mystery set in New York City in the Roaring 20s. Dorothy Parker finds a dead body under the famed Algonquin Round Table. Along with her best friend Robert Benchley and other members of the Round Table, they have to find the murderer — preferably before cocktail hour — and before the killer turns the tables on them.

I can attest that the first in his Roundtable Mysteries is witty, face-paced, and lots of fun.
— Annamaria Alfieri 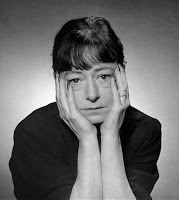 Still, I’m not talking about the history you might associate with musty schoolbooks and boring high school quizzes. No confusing Spanish explorers, such as De Soto and De Leon. (One of them searched for the Fountain of Youth, and one of them was the name of a car.)

The history I’m talking about is Prohibition-era New York City. The Roaring 20s. The Jazz Age. Flappers, bootleggers, speakeasies and Tin Lizzies. (Lots more fun than the Treaty of Ghent, right?) The people I’m talking about are acid-tongued writer Dorothy Parker and her fellow editor Robert Benchley. They were two founding members of the famed Algonquin Round Table — a group of quick-witted writers and editors who gathered daily for lunch at New York’s Algonquin Hotel.

I’m really enjoying this history. And I love it most when the past intersects with the present. Here’s my favorite historical factoid: One of Dorothy Parker’s favorite speakeasies was a place called Tony Soma’s. It was located on a quiet street of brownstone townhouses in midtown Manhattan. Tony’s and all the surrounding houses were knocked down to make way for Rockefeller Center. So today, you can almost draw a straight line between the humor of Dorothy Parker and that of Tina Fey at “30 Rock.”

And a bonus factoid: Tony Soma was the grandfather of Academy Award-winning actress Anjelica Huston (on her mother’s side).

For me, I guess the old saying holds true: Those who don't know history are destined to repeat it. Now I’m happy to repeat it to anyone who’ll listen. Just don’t ask me who discovered the Hudson River. (I’m joking, of course. It was De Soto.)