On Umbrellas, Rule Books, and Other Writing Hazards 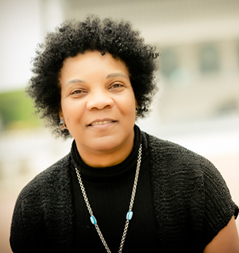 Frankie Bailey and I met as members of the National Board of MWA in 2005. She later became Executive-VP of MWA, then President of Sisters in Crime — all while teaching Criminal Justice fulltime at SUNY Albany, and, in her off-hours, publishing five traditional mysteries with her amateur detective, Lizzie Stuart. Her latest, THE RED QUEEN DIES, breaks new ground: a police procedural set in Albany in the year 2019, starring Detective Hannah McCabe of the APD.


I am solemn, thoughtful, and prone to worry about anything that one can worry about. I am one of those people who is appointed to committees and given responsible tasks. When I fail to do what I said I would do or what I think I should have done, I suffer from pangs of guilt for days, weeks, months, or even years. I carry an umbrella and check the Weather Channel several times a day. And, yes, I do believe that sensible and fair rules should apply to both me and you. I am what most people would describe as a “serious person”. 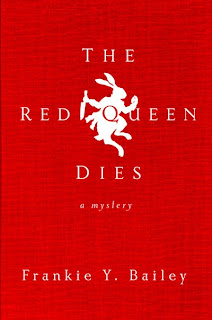 However, the idea of applying this life lesson to my writing did not occur to me until recently. Not to say that I have never had fun as a writer. But it was quiet, private fun. The kind of fun that a person who loves to do research has when she is reading an old newspaper and finds a wonderful detail that will be perfect for her book. The mouthed “Yes!” because she is in the library and knows that etiquette requires one not disturb other patrons.

When it comes to sitting down at my computer to write, I have often gone about it with teeth gritted, research notes in front of me, eye on clock or calendar. Writing requires discipline. Although it would surprise many people to learn this, I have no discipline. I am an expert when it comes to procrastinating. I would rather sprawl in an armchair, watching a really bad movie, than sit down at my computer to continue my struggle with a stubborn first draft. Having no discipline, I rely on my ability to instill anxiety in myself. I imagine the humiliation and trauma of missing a deadline.

So does Lizzie Stuart, the protagonist in my first mystery series. She is a criminal justice professor/crime historian, and, like her creator, a serious person. Not only because I began by writing what I knew, but because her own autobiography has convinced her that she has no other choice but to be responsible and controlled. She does not want to be her mother’s daughter. Five books into the series, she has loosened up a bit – thinks in part to her lover John Quinn, but also because of her own efforts. A reader once shared her concern that poor Lizzie never seemed to know where her next laugh was coming from. She does laugh more now. But she is always going to be earnest and concerned. That’s who Lizzie is, and neither one of us wants her to change.

But when I had the idea for a new series, featuring police detective Hannah McCabe, I wanted to do something different. Debuting with THE RED QUEEN DIES, the series will be set in Albany, New York in the near future. The first book takes place in 2019. I wanted to move a few years into the future so that I could think about where we might be headed. What will our world be like in a few years with changes in demographics, wars, haves and have nots, climate change, surveillance and privacy issues, and the interactions of humans and machines? I teach a course on crime and cities. I also wanted to think about how a city functions. But some aspects of the future, such as climate change, could be pretty scary. So it occurred to me that I needed balance. I want to write books in this new series that readers will find thought-provoking but not utterly depressing.

When I realized that if I intended to write about the near future in a real place (Albany, New York), I would need to create an alternate (or parallel) universe, my problem was solved. In the opening scene in The Red Queen Dies, the reader learns that seven years earlier, in 2012, the sighting of a UFO in the desert near Las Vegas sent fighter jets scrambling. And then the UFO disappeared in a blinding flash of light. In 2019, my Albany and my characters exist in a post-UFO world. It is a world that is similar to the world we know, but there are also differences in both the past and the present.

Once I had decided to engage in a bit of genre-blending with a UFO sighting in a crime novel, I was liberated. I could play. I love film noir and 1950s sci-fi movies. I love nursery rhymes and Alice in Wonderland. I love it when real life is stranger than fiction – as in the case of Abraham Lincoln and John Wilkes Booth in Albany. I decided to put all of this in my book, while writing a straight-forward police procedural. I decided to write a book that I would enjoy reading — and I did.

I don’t know how my experiment in deliberate playfulness will turn out. I hope readers will like THE RED QUEEN DIES and become hooked on the series. But, however it goes, this serious person stood on her head and wiggled her toes. I’m doing it again as I write the second book in the series (working title, COCK ROBIN's FUNERAL). The first draft is still heavy lifting, but I’m having fun.