The People Behind the Stories 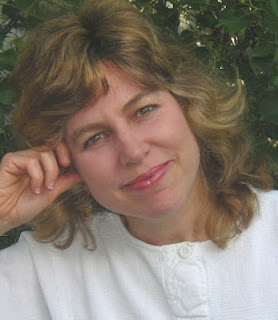 Suzanne Chazin (rhymes with raisin) has written three novels,The Fourth Angel, Flashover and Fireplay; short stories, essays and magazine articles. She was Senior Editor at Reader's Digest for ten years, and has taught fiction and non-fiction at NYU, the New School and Sarah Lawrence, in the City.

I met Suzanne when I moderated a panel at an MWA dinner (I forget on what). I was intrigued that she wrote about firemen, in and out of the firehouse. I wondered if she were one of those hardy pioneers who had broken into the ranks of the FDNY in the 1980s, then put her experience into books. Not so: her husband is a Chief in the FDNY, but she definitely knows her way around a firehouse. I appreciate her eye and the voice, as I think you will.


I’m reading a really great mystery novel by Paul Levine at the moment called Illegal. But what first struck me about the book, before I ever got to the story, was the dedication:

To the woman carrying a rucksack, clutching her child’s hand and kicking up dust as she scrambled along a desert trail near Calexico, California.

I love that dedication because it reminds me that sometimes an inspiration for a story is nothing more than an image you can’t shake. The only way to make sense of it is to write about it.

My first three mysteries were set in the FDNY where my husband is a chief. Yet ironically, the image I couldn’t shake didn’t come from him, perhaps because I was too close to the story to see it. It was the late 1990s. I was working as a writer for Reader’s Digest and my editor asked me to spend three or four shifts (called “tours”) riding with the FDNY for a day-in-the-life story for the magazine.

I got clearance to ride with a rescue company—an elite unit that handles large fires and rescue operations throughout the five boroughs of New York City. As the only woman in an all-male firehouse, I got a quick education in how to “blend in:” get in and out of the bathroom quickly (and don’t put too much faith in the latch on the door). Get comfortable with being dirty and tired. And make sure you’re not the last one on the rig when a run comes in.

I did four night tours—6 p.m. to 9 a.m.—over the course of two weeks and developed a reputation for being “a white cloud.” That’s what they call a firefighter who never seems to catch a job. All the major fires and emergencies kept happening when I wasn’t there. But this gave me a chance to get to know the men and hear their stories.

I soon learned that one of the officers in the company had lost his firefighter brother, a father of three, in a deadly blaze in Queens two years earlier. On one of those long, sleepless “white cloud” tours, the officer opened up to me about the night he was yanked from duty, informed of his brother’s death and then asked to break the news to his brother’s wife. He showed up at their house in the middle of the night and found the whole place lit up like a Christmas tree.

She already knows, he thought. Why else would all the lights be on at 2 a.m.? And then he realized something worse: his sister-in-law kept all the lights on every night his brother wasn’t there. She couldn’t bear the darkness when he was gone. And here he was, standing on her doorstep, bringing her a lifetime of darkness.

Even though I was married to a firefighter, I had never allowed myself to picture such a moment. But that image of the house lit up like a Christmas tree spoke to me deeply, both as a writer and the wife of a firefighter. I knew I had to tell that story—not directly perhaps, but in a way that would capture the uncertainty firefighters and their families face consciously or (in my case) unconsciously every day.

I ended up writing three mystery novels about life and death in the FDNY. Now I’m working on a mystery series that concerns undocumented immigrants in suburban New York. This series also began with a moment. For several years, I had been working with immigrant outreach organizations near my home, helping to write the real-life stories of undocumented Latinos. During this time, I was introduced to a Guatemalan man in his late 20s who had nearly died of dehydration on two separate border crossings. I found myself riveted by his description of those harrowing journeys. Machetes held to his throat. Pistols pointed at his head. Desperate moments in the desert when he was reduced to drinking his own urine to survive.

But what really struck me were the circumstances that led to his second border crossing. He and his kid brother were living in suburban New York at the time. It was winter. Jobs were scarce. A garment wholesaler offered them temporary work in New England sewing clothes. After two weeks, with their wages in their pockets, they were ready for the trip back to New York. To celebrate, the kid brother ordered Chinese takeout—chicken and broccoli—to be delivered to the motel where they were staying. By the time the food came, the brother had fallen asleep so the man went downstairs to pay for the food. Instead of a Chinese delivery clerk, he was met by immigration agents who arrested him, shipped him off to a detention center and eventually deported him back to Guatemala. (His brother, by the way, slept blissfully through the whole ordeal and never got arrested or deported).

Imagine your whole life being upended over an order of Chinese takeout! Imagine having the courage and determination to undertake that dangerous, brutal, near-death journey all over again. (Not to mention still being on speaking terms with your brother afterwards.)

There are writers who could think up these situations out of thin air. Maybe it’s because I started out as a journalist, but my inspiration almost always comes from real people. Their stories keep me honest. And forever indebted.