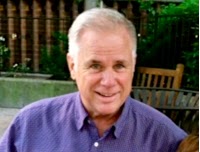 I introduced myself to Tom at the 1992 MWA Edgar Awards Dinner. I’d read Dark Maze and believed it the best crime novel of the year, so I brought it to the dinner for Tom’s autograph. It got the Edgar and I made a friend. Ten years later, Tom was in L.A. waiting to be discovered when he persuaded his buddy, the late David Mills, to buy our pilot script, ‘The System,’ for Aaron Spelling-TV Productions. That got us two free weekends in Hollywood working with Mills in his trailer on the set of his then ill-starred ‘King Pins,’ a gory Mexican cartel melodrama, as we revised and blackboarded our script. Spelling flew us from NYC to the Coast First Class. On arrival, the agent Tom had arranged as our representation said words to us I’ll never forget. “You’re hot in this town,” she said.

In the end, NBC passed on filming our opus, and flew us back home—Coach. We’d cooled.


Thus begins a fog-bound Thursday in the life of Yours Truly, mystery writer of yore:

I awake, scratch myself, consider the merits of shaving (or not), drink up the newspapers and a pot of coffee, wonder where I might find a spot of cash, decide who among the people in my head are quick or dead, and wonder about a cryptic e-mail. 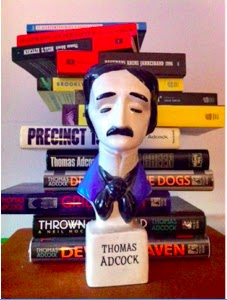 A decade ago, my place in the demimonde of crime literature, as I prefer to call the noble genre, still flickered, if weakly. Two decades ago, I established myself in that world on the wonderful April evening of ’92, when I collected an Edgar Allan Poe Award. Now in the year 2013, you have likely never heard of me. My last crime novel, Grief Street, was released in 1997. Its forerunners—Sea of Green, Dark Maze, Thrown-Away Child, Drown All the Dogs, and Devil’s Heaven—have been promoted to Glory, to employ the Salvation Army eulogy. There are two ways of looking at this: negatively, or positively. Which is to say, Nothing recedes like success—or, To everything there is a season.

My comrades in the writing dodge—scriveners like me, whose claims to fame are now mainly down the drain—frequently blame publishers for their plight. (To be sure, publishers deserve a measure of ill repute. As a species, they are unlovely, possessing all the imagination, romance, and élan of—pigeons. Yet they are not so beautiful against the sky.) But just as often, and to their great credit, my comrades recognize a time to move on.

A few of us, having moved on and aged with some degree of grace, harbor the hope of one more of life’s rewards before we croak—perhaps one more book that we may set upon the brag shelf. Such is how it is with me.

Presently, I compose essays for a daily online journal of literature, music, and politics—the Berlin-based CulturMag. My usual dateline is “New York, near America,” and my stuff usually involves the absurd behavior of a fading empire. I am a foreign correspondent in my own country. Besides this, I slowly labor toward completion of Lovers & Corpses, which I think of as a novel with murder. The book involves a minimum of shaving, what my German colleagues call Gesäß aus Eisen (buttocks of iron), and a number of choices regarding who shall live to tell a tale and who shall die trying—and more importantly, why.

The tale concerns a burned-out cop who evolved as a burned-out journalist. Since I came within inches of becoming a cop as a young man, I am able to imagine myself as the former character. And having spent several decades in American corporate media, I know whereof I speak as regards the latter.

Should Lovers and Corpses sound rather downbeat, I hasten to add my happiness on discovering that I retain the Writer’s Soul: still, I have need of fiction’s ingredients—a cast of characters, a ripping plot, an alter ego—to sort through the chapters of my own true life.

Good cops, good journalists, and good writers walk around with their pores open. That way, everything gets under the skin. Most people don’t like feeling itchy all the time; as mentioned, though, I scratch a lot. In true life, things much stranger than fiction will occur. This very drab Thursday morning, for instance, I opened an e-mail message under the subject line, “GET BACK TO ME ASAP.” It reads, word for mangled word—(and I swear, I am not making this up):

…Someone you call a friend wants you dead by any means and the person have spent a lot of money on this. The person also came to us and told me that he want you dead and he provided us with your name, picture, and other necessary informations we needed about you. So I sent my boys to track you down and they have carried out the necessary investigation needed for the operation on you, and they have done that but I told them not to kill you that I will like to contact you and see if your life is important to you or not since their findings show that you are innocent…


If Lovers & Corpses ever sees the light of a publication day, and should you be willing to plunk down twenty-five dollars or so for your very own copy, you will recognize the foregoing as an excerpt from a larger fulmination of menace.

And know that beyond the obvious grift, the e-mailer’s lie could be a truth somewhere in time.