So, How Did You Learn to Write Thrillers? 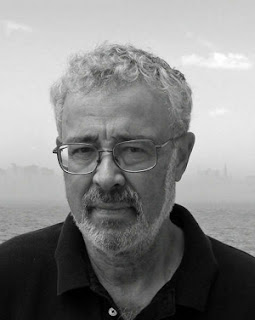 Our guest today is James (Jim) Hayman. When I read this post of his about learning to write thrillers on the Maine Crime Writers blog, I invited him to share it with our readers, not only because I make no secret of my own devotion to Maine–Prout's Neck, a tiny village on the coast near Portland, is one of my favorite places on the planet!–but because it's a thought-provoking and informative piece.

Jim Hayman began life in New York City, was educated at top schools in New England, and after a highly successful professional career in Manhattan moved to Portland, Maine, just before 9/11.

The Big Apple provided years of training that now serves him well as he pens spine-tingling crime novels. A star on Madison Avenue, as well as in TV production, his experiences in creative direction on famous accounts like Procter and Gamble, the U.S. Army, Lincoln/Mercury, as well as superb credits in The Sopranos, Law and Order and Murder One, provided this talented writer with material that brings out the fear and trembling in his increasing hordes of eager readers.

When I read his first book, The Cutting, I thought, "This guy HAS The Touch!" Then The Chill of Night made my little grey cells clamor for more! Now I anticipate Darkness First!


Whenever I give a reading in a bookstore or a library, I usually mention that when I began writing the first McCabe thriller, The Cutting, I had no prior experience writing fiction. I’d never written so much as a single short story. Not even as an exercise in a college creative writing class.

When I say this, someone in the audience, often an aspiring mystery writer, inevitably asks, “So, how on earth did you manage, first time out, to write a thriller that someone wanted to publish?”

“Well,” I respond truthfully, “I started by reading a bunch of how-to books on the craft of writing mystery fiction.” These included James Frey’s How to Write a Damn Good Mystery, Writing and Selling Your Mystery Novel by Hallie Ephron and Write Away by Elizabeth George. All were helpful in teaching me the basics. How to structure a plot, how to build tension, how to shift point of view and a number of other writerly techniques. “But,” I tell the audience, “I can’t honestly say they gave me the skills I needed to write and publish The Cutting.” 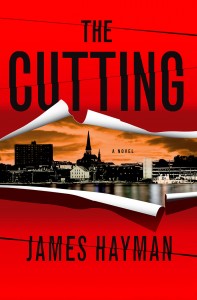 “Okay, so what did?” my questioner asks.

“Well,” I say, “I’ve been a writer all my working life and managed to make a living so I guess writing comes naturally to me. It’s about the one thing I think I’m genuinely good at.”

The questioner still looks dubious. “What kind of writing did you do?”

I then describe how, for the ten years prior to sitting down to write The Cutting, I churned out an almost endless stream of brochures, newsletter and business press articles, web content, speeches and white papers that were written mostly for companies in the healthcare and financial services industries. I also mention the two non-fiction books I wrote, one a history of Banknorth Group, the other a history of Maine Medical Center.

“Do you think writing that stuff gave you the skills you needed to write thrillers?”

At this point, my questioner usually gets a determined look in his or her eye. “Okay,” they ask, “so what did?” 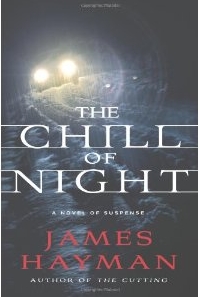 “Yes. Advertising. Specifically television advertising. More specifically television advertising for clients who, back in the eighties and nineties, wanted and could afford to pay to produce big-budget movie-like commercials shot on location by top-notch directors like Michael Bay, Joe Pitka, Tony and Ridley Scott, Eddie Bianchi and others. Before going freelance, I worked as a copywriter and creative director at one of the top agencies in New York writing and producing those kinds of commercial for clients like the U.S. Army, Lincoln/Mercury and Merrill-Lynch.”

At this point there’s usually a joke from the audience. “Advertising?” some wag will say, “I thought you said you’d never written fiction before.”

Having just lived through a political campaign where nearly everything the candidates claimed in their TV commercials was exaggerated to the point of being flat lies, I can’t do anything but smile, nod and agree.

“However,” I add, when the laughter finally dies down, “that’s not really my point. The truth is writing mini-movies like TV commercials is great training for writing not just thrillers, but any kind of fiction.”

I believe that to be true, for three distinct reasons.

First, writing TV commercials teaches you to write dialogue. A lot of aspiring writers find creating believable dialogue to put in the mouths of their characters is difficult. But because so much of writing for film requires writing dialogue, that eventually, if you have any kind of ear for how people speak (and I think I do), it starts to become easy. All three of my books are dialogue-heavy. Most of the story is told through conversation. One character telling another what I want the reader to know. I imagine the same can probably be said about most of the books written by most of the other writers who have come out of ad agency backgrounds–James Patterson, Stuart Woods, Marcus Sakey, Ted Bell, Chris Grabenstein and many others.

The second important thing writing for the camera teaches you is to think visually. You have to know where the camera is in your scene and mentally write down exactly what it’s seeing. For example, when I was writing commercials, I might write a camera direction like: “Open on a a long shot of a white sand beach on an overcast morning in September. We can see a calm ocean behind it. Camera moves in to reveal two people, a man and a woman, walking along the waterline. They’re both wearing white. Continue to move in on their faces to medium close-up. Finally they stop walking and look at each other. Continue move to tight close-up of their two faces.”

In my first book, The Cutting, this kind of camera direction was translated into the opening two paragraphs of an important chapter: “Had anyone been watching, the two figures would have appeared almost spectral. A man and a woman, both dressed in white, moving together across a translucent, nearly monochromatic emptiness, where sand blended into sea and sea into overcast sky without perceptible delineation.

For a time, they seemed lost in thought, each looking down, each noting the prints their steps left behind in the sand. After a while they stopped and the woman turned toward her companion. She took one of his hands in hers as if willing him to move closer. He didn’t. She let go. A wisp of blonde hair blew across her face. She brushed it away.” Seeing the scene in your mind as clearly as if you were watching it in person or on a screen, then writing what you see helps the writing succeed.

Finally, the third thing writing TV advertising teaches is to write tight. In a sixty second commercial you get a maximum of roughly one-hundred-and-twenty words to tell your whole story. Beginning, middle and end. In a thirty second commercial, you get sixty words. In either case, every word counts. Not a single one can be wasted. It’s an important discipline that serves one well when writing fiction. Or, frankly, when writing anything else.

Those are the primary skills advertising gave me that helped me write all three of my books, The Cutting, The Chill of Night and my upcoming thriller Darkness First. You don’t need to spend twenty years in an ad agency to get them. Just listen to how people talk, imagine what your scene looks like and don’t get wordy. Having said all that, I have to add it doesn’t hurt to have an active imagination and a natural affinity for the English language.