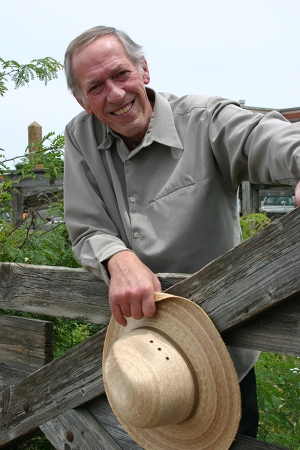 July 1, 2012, Earl Staggs enchanted us with his tale of teaching kindergartners about being a writer. From Fort Worth he is again adding to our pleasure, as readers and fellow writers, with his ongoing series of two men, different, honorable, intriguing, likable—Adam Kingston and Tall Chambers. After Earl and I discussed what might be a thought-provoking topic for his visit to Crime Writer's Chronicle today, I reread both novels, MEMORY OF A MURDER and JUSTIFIED ACTION, to make sure I had in the front of my mind the two personas that ground his crime novels. This year I've watched several readers storm the barricades, crying to this author, "More, please!"—and am delighted Earl is going to comply—with more of Adam Kingston and Tall Chambers in the near future! I read a lot of NYT bestsellers and find that most of these books lack the touch Earl Staggs has . I do not finish many of the bestsellers—but I have read his books twice! Do you hear a message here?

As a fellow southerner, today I am "mighty pleased" to welcome Earl and Adam and Tall back to our increasingly popular blog—Crime Writer's Chronicle!


The title of this post would be great for a Romance novel, don’t you think? Since I write Mystery, not Romance, I suppose I’d better explain who the two men are and why I’m caught in a conundrum. Or is it a quandary? A quagmire, perhaps. Whatever it is, I have an important decision to make and you may be able to help. 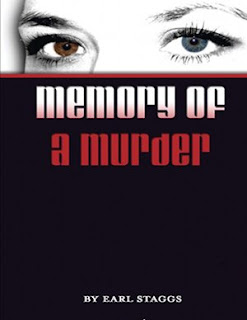 Adam Kingston is the first of the two men crying out for my attention. Adam’s a quiet, unassuming kind of guy who doesn’t look for or start trouble. Unfortunately, trouble comes to him. You see, Adam was once an FBI Special Agent.

After a near-fatal auto accident, a strange thing happened. During his recovery, Adam discovered the accident had jarred loose some latent psychic abilities. Doctors and Professors with lots of initials after their names told him it’s not unusual for a traumatic incident to do that. He began to get flashes. Not hot flashes. His flashes were quick mental images of things that happened in the past. For example, if he touches an object related to a crime or visits a crime scene, he may get images containing clues to what happened. Sometimes the images are so vague, confusing and enigmatic he has no idea what they mean. Those experts with all those initials also told him that’s not unusual for psychic images. It’s not an exact science, they explained.

Instead of returning to the FBI, Adam became a private investigator. Now he works mostly on cases for the FBI and other law enforcement agencies and they keep him fairly busy. His gift is often helpful in solving cases, but it always comes down to good old fashioned police work.

Adam first entered my life in a short story called “The Missing Sniper.” We hit it off right away and when the story was published, a lot of readers liked him, too. The response was so encouraging, I decided to give Adam his own novel. The result was MEMORY OF A MURDER. Many more readers became fans of Adam and have asked me when there will be a sequel.

That’s part of the problem plaguing me.

The other part of my vexing situation is Tall Chambers. Tall spent twenty years in the Army, mostly in the Middle East as a Special Services officer. After the Army, he joined a secretive agency which made good use of his skills and experience. The agency tracks down terrorists and puts them out of business before innocent people are killed. If the terrorists want to meet Allah and collect their virgins, the agency puts them in the express lane. 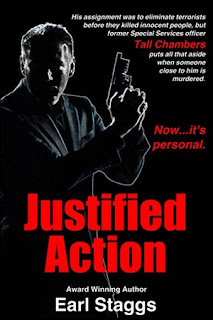 Tall Chambers began taking shape in my mind shortly after the horror of 9-11. He was an embryonic fixture in my imagination for several years. At first, his story was about taking out terrorists. Eventually, that became only the backdrop and Tall’s personal life became the focus. While Tall was taking care of business, someone close to him was murdered. He put everything else aside and devoted his skills and experience to finding the killer and setting things right. Writing Tall’s story was a great opportunity to explore people who do what he does and how it affects their everyday lives.

A few months ago, Tall’s story was published as a novel called JUSTIFIED ACTION. Reaction from readers and reviewers has been fantastic. That, of course, raises the question of a sequel. Will there be one? Of course. Tall and his crew have a lot of stories to tell, so there is no reason why there can’t be a series.

Adam Kingston is also a perfect candidate for a series.

The two men are quite different, but both are exciting, challenging, and fun to write. While Adam is more of a laid-back kind of guy, Tall’s responsibilities require him to go where the action is and meet it head on. Adam is more the cerebral type. He looks before he leaps. Tall leaps and shouts “Look out!” on the way down.

And therein lies my conundrum. Or my quandary. Or quagmire, or whatever you want to call it.

Which sequel should I write first? I can’t do them at the same time. I don’t write that way. I have to concentrate solely on one project until it’s finished.

Should I spend the next few months on a sequel for Adam because he came into my life first? Or, since Tall is new and fresher, should I concentrate my time and efforts on getting him out there again in a new story?

If you’ve ever had to choose between two men in one way or another, maybe you have some advice or suggestions to offer.


Earl Staggs earned a long list of Five Star reviews for his novels MEMORY OF A MURDER and JUSTIFIED ACTION and has twice received a Derringer Award for Best Short Story of the Year. He served as Managing Editor of Futures Mystery Magazine, as President of the Short Mystery Fiction Society, is a contributing blog member of Murderous Musings and Make Mine Mystery and a frequent speaker at conferences and seminars.
at 7:30 AM