What Am I Doing Wrong?

You and Your Platform for Writers… 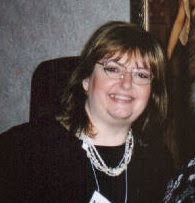 Times have changed. Publishers now expect you to do the heavy lifting on you P.R., marketing, etc., getting your name and Brain Children out there. Every serious writer knows this—and lots of us wonder–How In the World Do I Do It on My Own?

Fear not, friends and colleagues. Help is around the corner.

P.J. Nunn is one of those professional sources ready to help you fight the P.R. Monsters!

Today she pays Crime Writer's Chronicle a visit - to share with us all her ideas, her skills, her expertise.
If you are one of the lucky ones who routinely make the List—as golden Bestsellers of the Week—we honor you! But 98% of us don't make the Holy List, or grin all the way to the bank regularly!

P.J. offers a fail-safe platform. You might want to explore further her AOEs—Areas of Expertise!
Welcome, P.J., to our blog for SCW - Serious Crime Writers! 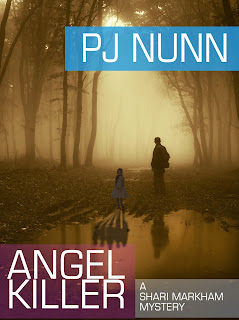 Times, they are a-changin’. And authors, we’d better be changing too! Ten years ago, the ideas of e-book success and being self-published were ridiculous. The thought that one might aspire to selling 1000 ebooks a month was laughable. Yet here we are, and those are reachable goals for just about any author willing to work for them. So why are so many authors not getting near these numbers? There are several reasons. I’ll address a few here.

2. Failure to plan ahead

3. Budget imbalance/DIY (do it yourself)

Lack of research is probably the thing I see most often. People decide to publish and jump at the first opportunity that looks like a match. Either they’ve made up their minds that they don’t want to self-publish and have heard a little about what it takes to get published traditionally so they think they know what to do, OR they’ve decided to self-publish and think they know what to do. In most cases, whichever version you choose, they find out there’s a lot they don’t know. Alas, they often find out too late after contracts have been signed and they’re left to make the best of a bad situation. I’m saddened by the number of clients who’ve hired me thinking they are traditionally published only to learn that by industry standards, they’re not. They’re self-published BUT they’ve signed a contract with a vanity press and now there’s no turning back. 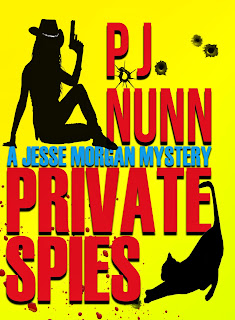 I realize it’s hard because when you’re just starting out you probably don’t know enough about the industry to even know which questions to ask. That’s why I can’t stress enough that if you believe you want to get published one way or another, the very best thing you can do is get involved with a well-established writer’s organization such as Sisters in Crime, Romance Writers of America, Florida Writer’s Association, etc. They’re everywhere and what you’ll learn in groups like these can save you years of heartache as well as a lot of cash. At the very least, get involved in some e-groups or lists and just lurk for a while. There are a lot of myths on the Internet and not everyone who acts like an expert IS an expert but you’ll come across some like myself who’ve been in the business for many years and are willing to answer a question or two. Don’t hesitate to ask and ask again until you get an answer.

Failure to plan ahead is another problem I see often. Most people wouldn’t dream of starting a new business without a business plan firmly in hand that included marketing strategies for at least one year, usually five years. So why in the world do people think they can launch a whole new career as an author, thinking it will provide a retirement income, flying by the seat of their proverbial pants?? Every day I see this. They want it to be a viable career with a steady, livable income, but don’t want there to be any expense! Nice work if you can get it but I haven’t seen that happen yet.

Every new business has expenses and must have a plan to get information in front of potential customers and, once those potential customers have become customers, to keep them coming back. All too many authors seem to think that writing the book is enough and it will do the rest of the work for them. Or maybe they don’t think that, they just don’t think that far ahead. If your book is scheduled for release in December, do you have a grand opening party planned? Have invitations been sent? Ads designed and purchased? Cake ordered? Media alerted? Seriously.

Budget imbalance and DIY (do it yourself) usually come about as a result of the Lack of research and the Failure to plan ahead. Somewhere along the way, especially if you’ve opted to go the Self-Published route, you realize there are necessary expenses but you don’t have the money. Now what? Some authors make a list of things they think they need and just start at the top until they run out of funds. Others try to prioritize in a variety of ways, but still come up short. Necessity is the mother of invention, so they say, but be careful. Some of us just aren’t cut out for website design or other graphic endeavors. If your work when doing it yourself isn't good enough for someone to pay you for, it's probably not good enough to represent you well either. Be smart and know your limitations. A bad cover can really hurt sales. Staff your weaknesses. A web site that looks “home made” may be the kiss of death.

Take time to make a good plan. Start over if you have to. What matters most is the finished product and release dates can always be delayed. If you’re diligent in your research, you’ll find graphic artists who are both talented and affordable. I shudder when I hear some of the prices authors have paid for cover art or web design. That old adage you get what you pay for doesn’t always apply here. GET REFERENCES.

Most of all, approach everything from a business standpoint if you hope to achieve business income. Otherwise we’re talking “hobby” and you can pay whatever you want. Is it possible to sell more than 1000 books a month in today’s market? Absolutely. In fact it’s probably easier than it’s ever been. But the average small press/self-published author sells approximately 250 copies. The real question is—is it possible for you to sell more than 1000 of your books with the business plan you have in place? What do you think?

In 1998, PJ Nunn founded BreakThrough Promotions, now a national public relations firm helping authors, mostly of mystery novels, publicize themselves and their work. The business is thriving and PJ is excited about the release of her first novels,Angel Killer: a Shari Markam Mystery and Private Spies: a Jesse Morgan Mystery. PJ lives with her husband and some of their five children near Dallas, TX. Learn more at http://pjnunn.com.