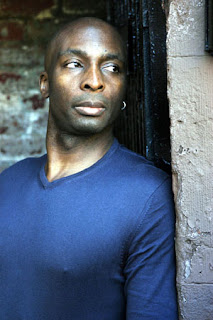 Glenville Lovell grew up in Barbados where he developed a passion for stories which unfolded with the mystery of dreams. He is the author of a collection of stories: Going Home in Chains and four novels: Fire in the Canes and Song of Night (Soho Press); Too Beautiful to Die and Love and Death in Brooklyn (Penguin). His shorts stories are featured in several anthologies including Queens Noir and Best African-American Stories 2010.

I met Glenville when he spoke on an MWA Dinner panel eight years ago. Then I read his two novels with an African-American ex-cop PI protagonist, 'Too Beautiful To Die' and 'Love and Death In Brooklyn'. What I loved about the books were their setting in Caribbean Brooklyn, home turf of the West Indian Day Parade--an exotic, ever-lively event that I'd policed in the 1970s---and his hero who sounded and behaved like the NYPD undercover cop he'd been. I asked Glenville to give me a story for 'Queens Noir' and he didn't disappoint. Read "Out of Body," set in South Jamaica, Queens where he'd lived, and see for yourself. 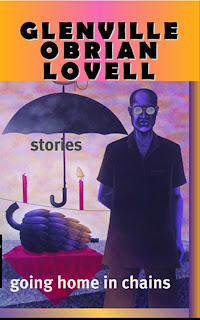 One of the coolest things about being a published writer is getting to meet fans and readers at public events. I love talking readers and fans anywhere I can. And writers will agree that we get all kinds of interesting question when we’re out promoting a book. One of the questions I often get when people discover that I was born on the beautiful island of Barbados is this: How does somebody who grew up on a peaceful island like Barbados get to write crime novels? What do you know about about killers and criminals? The first time I was lobbed this question I really didn’t have an answer, because I’d never contemplated how or why I became a writer of mystery novels. I mean, what exactly was the person asking? Ironically, the question came from a fellow writer who was born in Jamaica. I’ve gotten the question several other times since and now have a more studied response.

Yes, I grew up in rather idyllic surroundings: beautiful sunshine, friendly neighbors, daily breezes off the sea to cool hot heads and hearts. Murders were unheard of at the time. So what? Does that mean that nobody in my quiet village ever contemplated murder, ever contemplated waylaying a rival for a woman’s affection with the intent of ending the rivalry once and for all? C’mon! Isn’t it part of human nature whether we were born in the bowels of poverty and despair in some crummy inner city neighborhood, or in the lap of luxury in the loftiest tower in Manhattan, or dare I say it, in a quiet village in Paradise?

This was brought home quite forcibly to me in 1986. One cold January night I got a call from my sister that my youngest brother had been stabbed to death in Brooklyn. I traveled from my home in Manhattan to see my brother’s frozen body sprawled in the street. It was an eerie experience. I think I might’ve had an out-of-body experience at the time because I don’t remember having any emotions. I remember looking at the body, but it was as if another person had taken over my body.

I obsessed about my brother’s killer for about a year. My intent was to get rid of him one way or another. I didn’t care how. The police were dragging their feet making an arrest. The lead detective had too many cases on his hands. Everybody knew who the killer was, but none of the witnesses wanted to talk. I went to a friend of mine, a former marine marksman, and begged him to teach me about guns. He refused because he knew quite well what my intentions were. So, I was left to stew. I began to contemplate what forces had thrown my brother and his killer together to produce the result that left my family pondering whether moving from Barbados to New York had been a sound move. What would’ve gone through the killer’s mind before he stuck a 10 inch blade in my brother’s neck on a Brooklyn street? Why did he follow my brother out into the street instead of going off in the other direction? What was his real intention?

I began to work on a story called: When Blood Runs to Water, which I published many years later. As I delved into the background of my brother’s killer—who ironically had emigrated from Barbados like my brother—discovering that violence had swirled around him for a long time, I became more and more fascinated by how he and my brother ended up in a hazy basement room gambling together. And I became convinced that this guy would’ve killed someone at some point in his life.

Nowadays, whenever I sit down to write, I remember my brother. I remember how I wanted to know as much about his killer as I could. I remember my quest to understand what forces threw them together that night. I remember the disgust and disillusionment of the lead detective on the case. One of the joys of writing crime fiction is that you get to use character to offer insight into the social, political and moral climate around you. And in the end, you catch the bad guys.

(Aside: It’s sort of ironic that when I began to write crime novels, the name of my hero turned out to be Blades Overstreet.)