Psychopathy 101: What is a Psychopath? 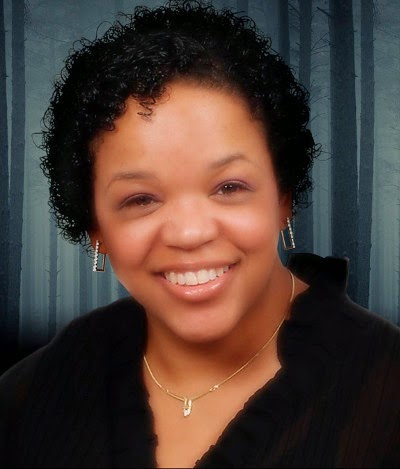 Psychopaths—Where Do They Come From?

Today we welcome a colleague from Richmond, Virginia, who deals with psychopaths in her day job…

Psychopaths have long been a driving force in my own crime novels—a high-level corporate executive, the wife of a state governor, a former rogue CIA operator, a man abused as an infant by his doctor father who later becomes obsessed by Adolf Hitler, to name a few… as well as a story based on the real life of a woman judge in Memphis, Tennessee, who bought and sold little kids from poor Appalachian homes.

Who is a psychopath? Many of them lead otherwise impeccable lives—on the surface. Disguised by propriety… usually, we never know who they really are…

After her delayed appearance, because of an auto accident, we are delighted to welcome Tina Glasneck, a blessed mother-to-be, to the illustrious pages of Crime Writer's Chronicle! 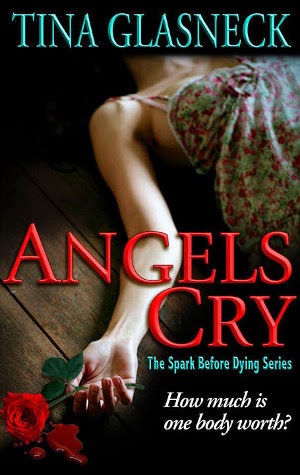 The newspapers are filled with the macabre. Reports and stories filled with murders, brutality and senseless death. There is an impression that vileness has swept the nation, as life is needlessly snuffed out.

Criminals are made out of a combination of opportunity, environment, and gumption. The contributing factor that society plays in creating criminals, and murderers specifically, cannot be denied. People are not committing crimes in general because they are suffering from "moral insanity" nor can it be relegated to a "sin" problem as many religious people would suggest. Instead, it comes through a sociological effect, the ideologies and tendencies of us relegating life to having less value or meaning. By compartmentalizing, setting up lists of acceptable and unwanted, we've mentally given ourselves permission to do harm to others because we've delegated them as having less worth and value. For example, the murderer has come to the conclusion that his victim has less worth, and less of a right to live.

According to the APA Dictionary of Psychology, psychopathy is "a former term for a personality trait marked by egocentricity, impulsivity, and a lack of such emotions as guilt and remorse…"

Additionally, Psychology Today cites psychopaths as "patients who appeared outwardly normal [but] had what they termed a “moral depravity” or “moral insanity.’” The list of traits, as listed in the article, can provide a checklist ranging from callousness to violence.

Yet, this answer is too easy.

Madness can also be the simple byproduct of something growing within the brain, taking someone who was once calm and turning him into a mass murderer, as was the case of Charles Whitman, who killed 12 and wounded 33 during the 1966 school shooting at the University of Texas. After his death, his autopsy revealed a walnut-sized tumor, located in the hypothalamus region of his brain.

Within each of us is the power to do great good or great evil. The power of free will, combined with an overwhelming desire, can lead us down the wrong road. Often with uninhibited passions, emotions left unchecked, our emotions can become the accelerant needed to incite a violent interaction. Stuck in our own tantrums, based on our own prejudices, misconceptions, or hate, we then act, creating chaos, resulting in needless bloodshed.

Seeking an answer to my question of the cause behind the psychopath, I dove in deeper to discover additional information. In fact, psychopathy is an anti-social personality disorder. The American Psychological Association Dictionary of Psychology says that this personality disorder is "characterized by chronic antisocial behavior that is not due to severe mental retardation, schizophrenia or manic episodes. This behavior pattern, which is more common in males than females, starts before age 15 with such infractions as lying, stealing, fighting, truancy, vandalism, theft, drunkenness, or substance abuse."

With this in mind, it is good to note that a psychopath does not have to exhibit criminal behavior in order to suffer from psychopathy, but his normal moral compass is compromised. After age 18, at least four of the following will manifest: “(a) inability to work consistently, (b) inability to function as a responsible parent, (c) repeated violations of the law, (d) inability to maintain an enduring sexual relationship, (e) frequent fights and beatings inside and outside the home, (f) failure to repay debts and provide child support, (g) travel from place to place without planning, (h) repeated lying and conning, and, (i) extreme recklessness in driving and other activities."
We often find psychopaths in high power positions, and sometimes even passive aggressive in their approach.
Interestingly, according to an article in Time Magazine, the top two careers of the psychopath are CEOs and lawyers. Also making that list are police officers and clergy. But even so, most are not violent, nor are they serial killers ready to slit your throat and hang you upside down like a gutted goat. That is the stuff of fiction and entertainment like the evil stories of old to scare, and teach. It's not necessarily the crazy that we must fear, but the insane walking among us under the guise of complete lucidity.

As a post-conviction paralegal, I deal with crazy every day. I also deal with the criminality that often accompanies it. From my experience, you don't have to be afraid of the one with the shifty gaze—the one that is willing to manipulate you for his own fun. In their game, they often speak with clarity and humbleness, until you capture them in their own lying web, where the sky isn't blue and the numbers two plus two don't equal four. It is in the tiny details that you learn about the psychopath, when he is willing to play his cat and mouse game. The question at the end of the day to ask is if you're the cat or the mouse.


International selling crime fiction author TINA GLASNECK enjoys dark tales filled with murder, mayhem, mystery and more. Combining her day job as a post-conviction paralegal with her vivid imagination, theological training, and hands-on experiences, Tina infuses her stories with flavors from Richmond, Virginia, allowing the setting to add levels and depth. She is currently working on the next book in her Spark Before Dying series. Tina is a member of such great writers’ groups as Sisters in Crime, Sisters in Crime Central Virginia, Romance Writers of America, and Virginia Romance Writers. To connect with and learn more about Tina, please visit her website at www.TinaGlasneck.com.
at 7:30 AM