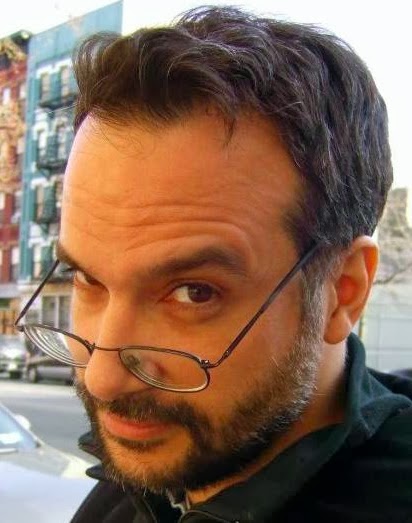 A native of Brooklyn, he has worked as a journalist, teacher, and college professor. An award-winning short story writer, he brings a new and exciting voice to the organization.

I do some of my best writing in the shower. This apparently is true for many people. There are scientific reasons for this, involving dopamine, the symbolism of water, and whatever they put into Irish Spring.

But that’s not very good advice for a writer. You’ll get visited by a great new story premise, the sentence wording that’s been worrying for weeks, and plots for a trilogy — all before you’ve soaped your naughty bits. And what do you do then? Use waterproof ink or intricate soap carving. You rush out, of course, and try to get it down before it disappears, and hope that your wet hands don’t make your inspiration indecipherable.

Ideas, it seems, often sneak up on us like the Weeping Angels in Doctor Who: not when we’re looking. Like love, death, and relatives, they like to show up when we don’t expect them to. I have found myself thunderstruck by entire stories while rushing for the train, preparing to teach a class, getting a haircut. Oh, this inspiration is a lovely thing when it happens — and when I can capture that thunder. But that is only a small part of writing. For the most part, most writing is grunt work: Sit, write.

I have endeavored to be the stereotypical writer who writes in bars, notebook out, pens aplenty, awaiting the call of the Muse amidst the heady company of Jack and Daniels and Sam and Adams. But when I have tried this at my favorite bar in Manhattan — it’s called Shade, come by some Friday night and let’s hang — the next new beer often comes before the next new idea, and then after a while I’m not trying to write, I’m just trying to remember my name. Indeed, ideas are like the prettiest girls in class. They do not respond well when you throw yourselves at them.

Sit, write. The ideas may come like subway cars, late and overcrowded. But you will still appreciate them.

After that, of course. comes more work, the real craft. That sitting with your mise en place, the legal pad or at the keyboard — that is just the churning it out, the piling on of the clay, the putting on the table of all the tiny model airplane parts. All the real writing happens later, when you edit, revise add this, delete that, and make something beautiful out of that Messerschmitt.

And then is possible the time will come, a sad moment, when that miraculous idea — which encountered you in the shower, at the dentist’s, or just before you slipped into dreamland — has to be cut out because it no longer fits with the rest. Be grateful for its time with you. You’ll always have the shower.