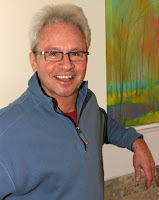 Our guest this week is a writer I met this past March at Left Coast Crime in Santa Fe. The last time I enjoyed a thriller about a bacteria, it was War of the Worlds. I welcome out guest blogger for this week: Colin Nelson.

People think the death of Osama bin Laden stopped one of the biggest killers in the world. He’s nothing compared to one of the oldest, most widespread killers in the history of humans—the disease of small pox.

Found in the remains of Egyptian mummies and all over ancient Asia and China, the virus has probably killed more people than wars, famine, and drought have done. Epidemics in Europe during the Middle Ages affected the course of western history. Outbreaks of small pox started the decline of the Roman Empire and, once transported to the New World, succeeded in wiping-out most of the native population. During the early 1700’s in Europe as many as 400,000 people died annually—about the population of Minneapolis.

The war on small pox started with the practice of inoculation against the disease. Medical practitioners took the practice from Istanbul to Western Europe and then to the United States by the mid-1700’s. The process involved pricking the skin of a person and infecting them with a small amount of pox. It caused them to become slightly ill but also made them immune to the more serious disease when it struck.

During the American Revolution the Continental army attacked the British city of Quebec. They came close to succeeding until an outbreak of small pox stopped them. The British army had been inoculated, avoided the plague, and repulsed the American’s attack for good.

Edward Jenner didn’t actually discover the vaccine used against small pox, but he was the first scientist to attempt to control an infectious disease—and he was successful.

By the 1950’s small pox had been effectively eradicated from Europe and North America, thanks to public sanitation efforts and the widespread use of the vaccine. By 1980, after a world-wide campaign, the World Health Organization announced the official end of the disease in the world and recommended that countries cease vaccination—which meant that today no one has immunity to the disease. (Even for those of us who received vaccine years ago, the protection has decayed.)

Everyone in the world is vulnerable.

With that scary thought in mind, I’ve written a suspense novel about terrorists who steal samples of small pox from a repository in Russia and intend to infect American school children with it—creating hundreds of “weapons of mass destruction.” It’s called Reprisal. It takes place in Minneapolis where several Somali boys have disappeared in the past few years. In my book, they’ve been kidnapped to be used by the terrorists to carry small pox back into the schools and start a pandemic.

What really scares me—and readers also—is that the “enemy” here is something you can’t see, touch, feel, or smell…how do you defend against it? Also, once the population learns about the spread of small pox, I think the panic will be worse than the disease itself.