How to Choose a Book Title 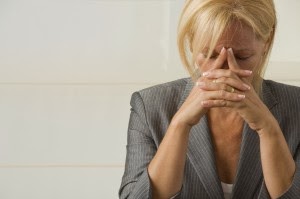 Our guest today on the Crime Writers' Chronicle is Rayanne Culpepper, the immensely powerful eminence grise of a New York publishing house which shall remain nameless. She has promised to appear from time to time to tell us our business. Today she shares a few thoughts on book titles.


So you've finished your crime novel. Before you do anything serious with it, you have to make sure it has a good title. Preferably a title that not only bears some relation to the contents of your book, but also helps your book to best-sell.

A cursory examination of the New York Times fiction best-seller lists for the past few years will reveal certain patterns, which you can always analyze and in fact copy (the patterns, that is, not the titles, although it's true that titles cannot be copyrighted). Most best-selling novels are crime novels of one sort or another. Make a list of the recent best-sellers with a view to using them for models. Strike out those that are definitely not crime novels. Fifty Shades of Crime is not a good title, unless your book is what is called a cozy, where any silly title is acceptable but best-sellerdom is not within your reach.

A strong, punchy noun with overtones of menace makes a good best-selling title. Inferno (Dan Brown), The Forgotten (David Baldacci), The Heist (Janet Evanovich), Guilt (John Lescroart), Deadline (Sandra Brown), The Quest (Nelson DeMille), The Racketeer (John Grisham), The Drop (Michael Connelly). Bombshell (Catherine Coulter). Mistress (By James Patterson). If your name is James Patterson you can do anything you damned please, but on the other hand you're not reading this post, looking for advice, are you? So.

A good way to choose a menacing name for your book is to open your Thesaurus (of course you have one) to synonyms for a creepy noun of your choice, say, Murder. Under Killing we find such gems as Slaughter, Assassination, Carnage, Bloodbath, Deathblow, and on and on. All excellent titles for a thriller. You can have them for free. Don't send me your manuscript, I only look at submissions from agents.

If a single word seems too stark and bare, tack a modifier on your menacing noun, as in High Heat (Lee Childs) or Threat Vector (Tom Clancy). Don't say, "in Death." J.D. Robb has a corner on that.

Another winning approach is to use an imperative verb phrase, such as Don't Go (Lisa Scottoline), Fly Away (Kristin Hannah), Don't Say a Word (Barbara Freethy), or Kill Alex Cross (Patterson again). Play around with these concepts. Something appropriate is bound to occur to you.

Some years ago a team led by British statistician Dr. Atai Winkler was commissioned by Lulu.com to study best-selling titles over a fifty-year period. They analyzed some 700 titles, determining whether a title was literal or figurative, the word type of the first word, and the title’s grammar pattern. The result was the "Lulu Titlescorer," a program able to predict the chances that any given title would produce a New York Times No.1 bestseller. You can use it to predict the success of your title. Here's the link: