Do You Ever Experience Rejection As a Writer?

Not long ago I read a blog by the crime writer Connie Archer titled " Rejection" and it occurred to me this was a topic the readers of Crime Writers Chronicle might find helpful, perhaps a tiny ray of light on a dark and stormy day, when you just got " that letter " from your agent or publisher. I got in touch with the author of the blog and invited her to lend her article to us here. I hope this will help you feel your are in good company - we all have to experience rejection - it is as common as the air we breathe… 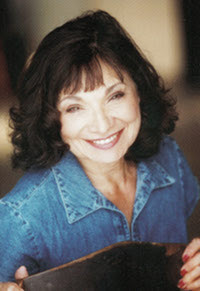 Rejection… that thing we all dread—not just those of us who are writers, but every soul on earth. That cold dismissal, or the possibility of it, strikes terror into our hearts. How do we deal with it? How do we recover? As writers, we send our creation, our baby, out into the world to be possibly torn to shreds and rejected—the product of our blood, sweat and tears, the story we have labored over for months, perhaps years. How do we pick ourselves up and continue? Do we toss our manuscript in the rubbish heap and nurse our wounds? Curl into a fetal position and crawl under the covers? Weeks later, are we able to return to the keyboard to peck away at a new idea?

I came to writing rather late in the game after years of working as an actress. That craft was my first love (notice that I use the word craft, not business). But I’ve always been an avid reader and a rabid mystery and thriller buff, and finally worked up the courage to try my hand at one myself. Grinding out that first book took me a long time—a few years in fact. It wasn’t easy. It was terribly hard, but I was very lucky indeed because I was offered a contract with a wonderful agent. In fact, at the time, even though I was thrilled and over the moon, I really didn’t grasp just how fortunate I was. 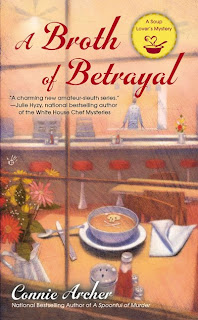 During that time, I had a phone conversation with my new agent who, bless her heart, cautioned me that (1) there really wasn’t a whole lot of money to be made and (2) there was always the possibility, likelihood in fact, of rejection. Well, since I was amazed I had managed to not only finish a book but find an agent, I wasn’t too put off. My instinctual response was to say, “Rejection? Are you kidding? I’ve been an actress for years. I could write the book on rejection!” But for once I wisely kept my mouth shut.

I’ve heard from and read about writers who were devastated by rejection. Okay, that’s tough, I thought. But suck it up! Make your book better for heaven’s sake and stop whining about it. Rejection is when you finally get the interview with the theatrical agent you’ve been struggling to meet and at the end of the session, she says, “Thanks, dear, but I’ll pass. You’re different, but you’re not that different. I love the bracelet by the way, you can drop it on the desk when you leave.”

Disappointment is when you’ve signed with your next agent, then discover he’s been arrested for sexual assault—only on non-union women I might add. He didn’t want any hassle with SAG or AFTRA. Devastation is when your agent goes bankrupt and didn’t bother to tell you. In fact, they were holding your residual checks and now you can just get in line with other creditors for your money. Rejection is when you’re halfway through that riveting monologue you’ve worked on for weeks, paid a coach for direction, and a flat bored voice calls out “Next!” from the back of a darkened theater. 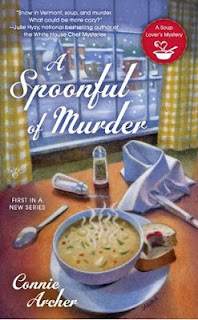 When I received my first rejection from a publisher, I was amazed! Okay, they didn’t go for my idea, thought it wouldn’t sell. But they WROTE BACK! I actually heard from someone that they didn’t like my book! Wow! Amazing! They responded. More than I ever got as an actress. Rejection always came in the form of deadly silence—the phone refusing to ring. For days you delude yourself that it’ll probably take a while for the powers that be to make a decision—after all there were only three people called back to the producer’s session. Surely I stand a good chance, don’t I? When in reality the producers made the decision three seconds after the last actress left the room. No one ever bothers to tell you or your agent.

I received a call one day from a good friend who was on a studio lot after an audition and had suddenly become incapacitated by depression.

I asked, “What happened? Didn’t it go well?”

He said, “Oh, yes, it went fine. But I was walking back to my car and passed a dumpster. A HUGE dumpster and guess what it was full of?”

“Eight by tens. Thousands and thousands of 8x10’s. All those hopes. All those dreams. A dumpster full of them.”

Another friend once said, “The best reading is the one you give in the car on the way home.” She was referring to the phenomenon of kicking oneself in the backside for hours after the audition, wondering why you weren’t as brilliant in the casting session as you now are in traffic.

As an actor, you’re lucky if you have the script a day or two in advance. You memorize the lines, you research the show, catch an episode if you can, suss out the style, the pacing, second guess the producers and directors as to what they might want. Do your best not to psych yourself out that you’re not right for the job, fight the waiting room nerves, and when you’ve spent anywhere from twenty minutes to (I’m not exaggerating here) two hours to hear your name called, you walk through the door and face the firing squad. You’re being judged the second those people lay eyes on you. You must, you absolutely must, exude confidence. You’re prepared, you can do this, you have just a few seconds to slip into that character, cry, laugh, convince them that you are the person they need to hire. And then the director’s cellphone rings. He says, “Excuse me, it’s my location manager. I have to take this.” How rude, you think. And you know in your gut it’s more likely his wife calling with a grocery list.

So how do you deal with it? Rejection? Is there an easy answer? If there is, I certainly don’t have it. The only thing I’ve ever found is to do the very best job you can—no matter what the medium. Listen to criticism with an open mind. If it’s valid it will ring true. If it’s not, then trust your instincts and your hard work and keep on believing that what you have to offer is worthwhile.

We can’t control the marketplace. We can’t be all things to all people. Not everyone is going to love us, or love our work. But what we can do is to do the very best job possible, not be thrown off base, not be sabotaged by someone else’s ego or judgment. Know in your heart that your idea, your plot, your book is the very best it can be. The only true solace is to know you did the very best work possible. (And sometimes that even works in traffic.)

A well known director once said to me, “Always remember this. Those people on the other side of the table can’t do what you can do. They wish they could, but they can’t. There’s no reason to be intimidated by the ones who have the power to hire you. After all, they’re really just hoping you’re perfect because they want to break for lunch.”