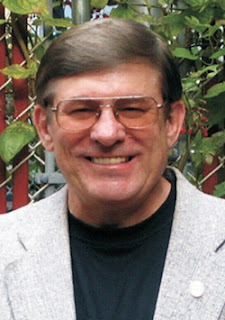 I met Bill Chambers at an MWA dinner in 2000 or 2001. Later I discovered we both grew up in Greenpoint, Brooklyn but at opposite ends. Bill was the Executive Vice President (EVP) of MWA then, and a wanna-be mystery author never got a warmer welcome at our meetings than Bill’s smiling Irish face. Bill had been an installer for Bell Telephone and Chief Steward with Local 1101 of the Communication Workers of America.

Bill is a doer who employed vision and smarts as our EVP. Witness the fact he persuaded the management of the Grand Hyatt Hotel on 42nd Street to host the Edgars at half their usual rates. “I liked the class of the place,” he says, “and I promised to pack the Dinner with celebrities.” Mary Higgins Clark, Mickey Spillane and Jerry Orbach attended, among others, and we’ve been there ever since.

Bill has published three novels—‘Death Toll’, ‘The Redemption Factor’ and ‘The Tormentress’—and a score of short stories in mystery magazines and anthologies here and in the United Kingdom. ‘If I Quench Thee…’, his story of an interracial murder, was re-published in 2008 by Alfred Hitchcock’s Mystery Magazine as a Mystery Classic, and is required reading in the Middle Schools of Scotland and London.


I want to thank Bob Knightly for giving me the opportunity to share some of my experiences as a mystery writer and an MWA member. My first encounter with MWA was in passing its headquarters at 151 West 48th Street between 6th and 7th Avenue with my then girlfriend—now wife of 48 years—Marie, back in 1962 or 63. It was a blistering Sunday afternoon in July and as I looked up at the second floor window bearing the caricature of Edgar Allan Poe and the insignia Mystery Writers of America, I said something like, "I hope someday to be able to belong to that organization.” 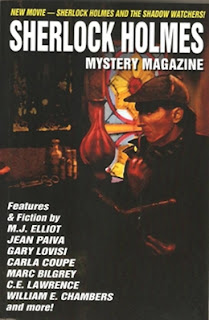 Little did I dream that I would one day be Executive Vice President of MWA: 2000-2002. Marie believes in destiny and skeptic though I am I suspect she might be right. If fortune does deal us a hand I think freewill allows us the right to choose whether we play it or not.

It wasn’t until 1968 that again something fateful occurred to put me back on the road to MWA. A neighborhood friend who displayed a similar interest in fiction writing as I did took a clipping from the New York Times Classified Section and showed me a fine print ad concerning a short story course offered by the Mystery Writers of America. The price back then was I believe $25 and you received a three month, once weekly, two hour evening course conducted by novelist, short story writer and former MWA President Herbert Brean. I couldn’t wait to sign up. But my friend dropped out so I went to MWA’s West Side headquarters nervous and alone.

My first evening in that class dispelled any and all jitters. Then like now the atmosphere was warm and friendly—Mr. Brean put everyone at ease—and by the end of the night all 12 or so of us students had become relaxed and well acquainted. 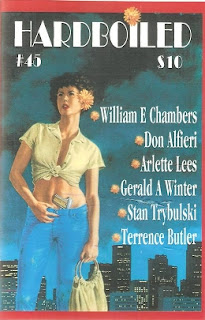 I took that course three years in a row because it took Mr. Brean that long to hammer the art of understatement so necessary to successful short fiction into my dense skull. But my instructor had hopes for me. When I showed up on year three he said, “Bill I know you’re going to succeed because you’re too dumb to quit.” He laughed, I laughed and I got published at the end of that course. My short story “Don’t Kill A Karate Fighter” was published by Mike Shayne’s Mystery Magazine and my membership was upgraded from Affiliate to Active before the year was over.

Back then the whole Times Square Scene was rough. Crime, prostitution, drug dealing and Three Card Monte games flourished openly. Cops played streetwise whack a mole; they would pull one bad guy off the street and before they reached the station house two replacements would show up. When I went to Haaren High School—now John Jay College—on 10th Avenue and 59th street I followed my curiosity about Manhattan through every neighborhood East Side/West Side from Hell’s Kitchen to Battery Park and I was quite familiar with the culture or lack of it permeating the West 40’s. So I had no qualms about attending the monthly parties at MWA Headquarters and neither did anybody else. We knew that if you avoided the bad guys—had no commerce with them—they generally left you alone.

The parties in those days had a two dollar entrance fee that helped support the organization and whichever member volunteered to bartend received free drinks all night long. Besides that the costs of the drinks were so cheap they barely paid for the bottle they came out of. While my nerves no longer rattled like the night I became a student they flared once again when Marie and I walked into our first MWA party after Mr. Brean explained to us that as aspiring mystery writers we were welcome to attend with or without our significant others.

Well the first person to greet us as we walked through the door was an MWA legend named Chris Steinbrunner. Chris worked for WOR TV Channel 9 as executive producer to the television show Journey to Adventure; published a science fiction series; wrote non-fiction; and long before MWA adopted Roberts Rules of Order and became a 501C3 corporation with stringent by-laws to guide board regulations Chris was our perennial Executive Vice President. He quickly advised me that if I wanted to really meet people I should tend bar.

“They all end up there,” he said. I immediately followed that advice and it paid off in network connections, close acquaintances and some lifelong friendships.

But getting back to that first party: It was with butterflies that I shook hands with the legends of the time. Michael Avallone—whose Ed Noon series rivaled Mickey Spillane’s Mike Hammer in the 1950’s—was second to greet us after Chris. When he found out my wife’s middle name is Antoinette he called her by the queen’s full name ever after. Next greeter was Ed Hoch, even at that time a legendary short story writer. We remained friends until his death in 2008. Then came Aaron Marc Stein who wrote best selling mysteries under the nom de plume George Bagby; Also Hillary Waugh, pioneer of the Police Procedural, most notably Last Seen Wearing. While there were too many others to mention in this blog I must say Marie and I left that party feeling we had gained a new family. True enough: That was 44 years ago and I’m still a member.

While I can probably recall more factual stories I believe I’ve already exceeded my word total. But I’ll try and squeeze in another anecdote. Gloria Amory was MWA’s secretary during the 60’s and 70’s and one night after a party I was walking her to the subway when she stopped to point out an incident on the opposite corner. Some John must have financially stiffed a hooker because he was imprisoned in his car surrounded by ladies of the night who were rocking the vehicle and screaming curses and threats. Meantime a few feet from us a beat cop was earnestly engaged in conversation with a charming young lady. I approached the enthralled young officer and said, “Pardon me. I think someone is being murdered across the street.” He ran right over but we didn’t stick around to watch the melee. So the ending to this tale will have to remain a mystery.