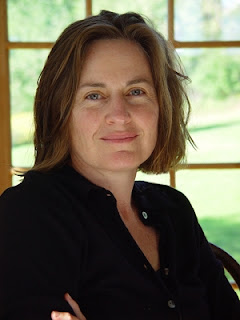 Yesterday I listened to Julia describe how she lost her publisher as her second series mystery, COLD MOON HOME, was about to hit the streets. Her first, THE DARK END OF TOWN, from the defunct Carroll & Graf, got fine reviews and decent sales, but alas as we all know… Julia and I are fellow Mavens of Mayhem, the Upstate Hudson Valley branch of Sisters In Crime (SinC). After a suitable period of mourning, she came to appreciate the new-found freedom, she said, beginning her first thriller, NO SAFE GROUND, the protagonists a pair of middle-aged men residing in the Hudson Valley region of Columbia County. The male point-of-view is new for Julia, whose series heroine Abbe Silvernale waitressed while solving crimes in the fictional upstate Town of Bantam, not unlike where Julia and her family reside and once owned a restaurant. Julia Pomeroy is, from my innocent male perspective, a Woman of the World, having lived in Japan, Somalia and Italy, where her dad’s job as a Foreign Service Officer took them. On returning to the U.S., she became a Hollywood actress, among other things. NO SAFE GROUND is out this month from Five Star.

I was on a panel this last Saturday, the topic: Food in Crime Fiction. Actually, it was called Murder Most Fowl and it was part of the Roger Smith Cookbook Conference in Manhattan. When I was asked, I thought, what do I know about food in mysteries? And do I care? My new standalone thriller, coming out this weekend, has some raw meat, a couple of cheeseburgers and some burnt spaghetti sauce in it.

My fellow panelists were to be Katherine Hall Page, who writes a wonderful series about a caterer; Marilyn Stasio, reviewer for the NYT, who has probably read more crime fiction than a Bouchercon banquet-load of fans; and your own Annamaria Alfieri, who is of Italian blood, and therefore gets a special papal dispensation to talk about food. My claim to food is that I once owned a small town restaurant, and my protagonist, in my first two books, is a waitress in a similar small town restaurant.

The day before the panel, the big storm Nemo blew into town, and on Saturday Katherine couldn't get out of Massachusetts. Annamaria, jet lagged from three weeks in Italy but still game, showed up. I came, nervous and feeling highly unqualified. Finally, Marilyn and the moderator arrived, and we began.

Luckily Bruce Kraig, our moderator, (who has written a tabletop book on hotdogs!) had asked us to prepare talks about our books and the food in them. Marilyn Stasio, thank God, went first. She had done her homework and read a bucket of food-related mysteries. She had wonderful points to make about food and its uses in crime fiction. Food used well and food used poorly. She talked about dozens of writers and she was lucid and interesting, and after a particularly stirring question or comment by one of the audience, she stopped and said, "I should write an article about this."

Then it was my turn. I explained my train of thought as I had prepared for the panel. I mentioned my two first books briefly, and how I'm more interested in the restaurant as a theatre-like setting, with front of the house and back of the house, than I am in the food. And that I rarely think about food or remember food in the novels I like. What does Harry Bosch eat? Nothing. At least, nothing memorable. Maybe a taco from a street vendor. But what does that say about an obsessive driven detective? When you think about it, quite a lot.

I told the audience how I delved into the internet, digging around to see what other people thought about food in mysteries. Someone described food, in the classic mysteries, as a sign of elitism in characters like Nero Wolfe, Maigret and Poirot. Not a bad point. There was definitely a class distinction in those books. Also, food as death! Think of all the poisonings in Agatha Christie. Roald Dahl's famous story, Lamb to the Slaughter, about a woman who beats her husband's head in with a frozen leg of lamb, then serves it, roasted, to the detectives. 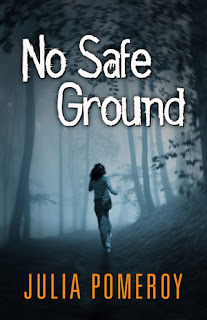 Which made me think, if it can represent death, then isn't food in fiction something like sex in fiction? Both should work to enhance character, setting or conflict, and shouldn't feel artificially stuck on.

Finally, Annamaria gave a wonderful explanation of how food in historical mysteries works to place the reader in the writer's world, reminding him/her, through the description of particular food, of that time and place. And it also makes the protagonist truly human, with mouth, gullet and stomach, just like the rest of us mortals.

And then it was over. The time had flown by.

As I write this, I think once again about my new thriller, and what part, if any, food plays in it. And it just comes to me that, yes, when it's there, food in my story is about family. Safety. Even if it's just a simple spaghetti sauce.

So, even though I have never thought of myself as someone who writes about food, I learned that I was wrong. We all are, us crime fiction writers. Either through inclusion or omission, we are all food writers too. And that's what I got from going to a cookbook conference. Life's funny that way, isn't it?