Our guest today is the multi-talented Elizabeth Zelvin, a New York City psychotherapist whose mysteries feature recovering alcoholic Bruce Kohler. Death Will Extend Your Vacation is the latest in the series, following Death Will Get You Sober and Death Will Help You Leave Him. Liz is a three-time Agatha Award nominee and a Derringer Award nominee for Best Short Story. Her stories have appeared in Ellery Queen's Mystery Magazine and various anthologies and e-zines.Outrageous Older Woman, her CD of original songs, was released in 2012.  On top of which, Liz is a dear and supportive colleague; I am very happy to call her my friend. 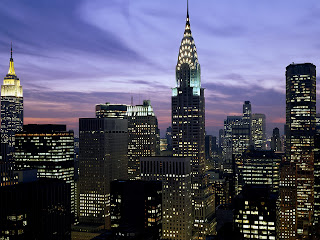 I love . I’ve lived here all my life—if you count growing up in Queens, which my husband, a native, insists doesn’t count. I adore my city with its rainbow population, 24-hour energy, and kaleidoscopically innumerable, bright, and constantly shifting little worlds. But sometimes I hunger for fresh air, quiet, and more green leaves and blue water than provides. I maintain that “out of town” is an essential part of the experience. How do you think those of us who live in the Big Apple stand it but by getting out of it once in a while? I leave exhausted, and I come back refreshed and ready to plunge in again.

As a reader, how do you feel about series that jump around? When you open the latest James Lee Burke, would you feel cheated if you didn’t find yourself in steamy ? Or if William Kent Krueger took Cork O’Connor out of the wilderness and popped him into ? I know readers who were outraged when a recent book by Nevada Barr took National Parks ranger Anna Pigeon onto the streets of . 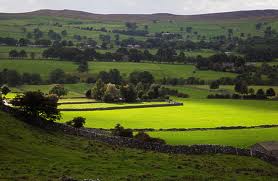 In today’s market-driven publishing industry, editors can sometimes get a bit narrow-minded about where a mystery series is set. If it’s a South Florida series, by gum, they want every book to take place in . If it’s a series...well, what’s set in had darn well better stay in . The Big Six publishers in particular are wary of anything that might be labeled “regional” or as appealing only to a “niche” market, in spite of plenty of evidence to the contrary. “No one wants to read about ” (cf Louise Penny) or “No one wants to read about ” (cf Donna Leon), for example. On the other hand, I’ve heard of a series set in the music world being dismissed as “niche” by a prestigious smaller publisher located in another part of the country.

The more popular the author, the more latitude in this regard. For example, Laurie King’s Mary Russell and Sherlock Holmes get to ; Margaret Maron’s Judge Deborah Knott gets to . But midlist writers like me are expected to keep a series firmly within . I didn’t know this going in. I originally envisioned my series about recovering alcoholic Bruce Kohler and his friends, world-class codependent Barbara and computer genius Jimmy, alternating between books set in the city (as we New Yorkers call it, as if no other existed) and books set “out of town” (as we characterize all other places from Boston to LA and mountains, lakes, and prairies from sea to shining sea).

My original editor nixed that right away. But I got the last laugh in the long run. Death Will Get You Sober and Death Will Help You Leave Him, the first two published novels made good use of the setting. I had fun writing them. But Death Will Extend Your Vacation, my mystery—oh, aren’t the part of ?—came out this year. And while I can’t give details yet, I’ll be signing a contract soon for publication of my novella, Death Will Improve Your Relationship, set at a New Age intentional community in the country that’s known to the locals as Woo-Woo Farm. Writers know the importance of conflict in any story. Hey, take New Yorkers out of the city and put them anywhere else, and you’ve got conflict built right in.