Oops! I Forgot to Pack my Brain 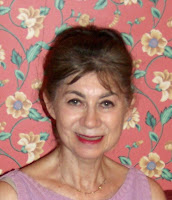 Shelly Reuben on herself: “I was born in Chicago and live now in Brooklyn and in Chenango County, NY. ‘Julian Solo’, my first novel, was nominated for the Edgar and Prometheus Awards. ‘Origin and Cause’ was nominated for a Falcon Award. I write a newspaper column for The Evening Sun and Huntington News.Net, and short stories for The Forensic Examiner. I have a pet ferret, and my latest book, ‘The Man With the Glass Heart,’ is a fable.”

I met Shelly in 1988 at 401 Broadway, a sturdy old office building just off Canal Street in Lower Manhattan stuffed full of lawyers and sundry other types none of whom you’d recognize by name. I knew Shelly from MWA. She and her husband, Charlie King, a retired Supervising Fire Marshal for the FDNY, operated their Fire Investigations business from an office on the seventh floor. I was a newly-minted lawyer/ex-cop so I’d heard of Charlie King in connection with a fatal fire in a supermarket in Brooklyn where six firemen died. I remembered the cops had arrested a suspect, extracted a confession, and got a conviction at trial. 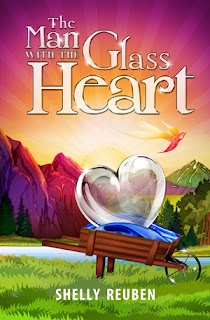 Then along came Charlie King who blew up their case by proving the true Origin and Cause of the fire, and got the innocent man freed from prison. Afterward, Charlie had no fans at the Office of the Brooklyn District Attorney or in the NYPD. It never fazed him. When I read Shelly’s arson novels–engrossing, dead-on forensic thrillers–the protagonist’s voice is Charlie’s and I’m back in their seventh-floor office listening to his stories of Fires Past and Good versus Evil.


I met Supervising Fire Marshal Charlie King when I was researching a book about arson. Two years later, we got married and started our own company. I got a few P.I. licenses, learned how to dig out a fire scene, and became a private investigator.

My favorite fictional detective has always been Agatha Christie’s Hercule Poirot, because of his emphasis on the importance of “little gray cells.” My favorite real life detective had always been my husband … for exactly the same reason.

Charlie was the go-to guy for almost every major fire in the country. He taught fire investigation for the Attorney General of the State of New Jersey; he investigated the MOVE fire for the City of Philadelphia; he wrote articles for Fire Engineering Magazine; he contributed the first-ever chapter on evidence preservation for the Fire Chief’s Handbook. 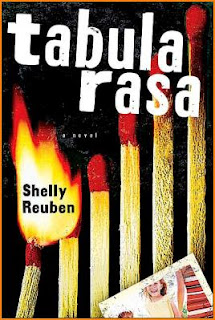 When I recall the hundred of fires I investigated with him, the thing that stands out most emphatically in my mind is the almost physical way Charlie had of mentally processing a fire. In my novel Origin and Cause, attorney Max Bramble describes a videotape of Wylie Nolan (Charlie) investigating a car fire:

“…Before and during any cause and origin investigation, Wylie Nolan stares a lot. And he thinks. He observes burn patterns. He notices a patch of unburned gray leather here. He sees a deep scar in the fabric there. Staring. Thinking. Staring. Thinking.”

One time, in the frozen tundra of an incinerated Greek restaurant, I remember huddling in front of the heater inside our car while, for over an hour, Charlie stood in the collapsed kitchen, studying, observing, photographing, and thinking, thinking, thinking.

After Charlie died in 2003, I got my IAAI Certification as a fire investigator, became a court-qualified expert, and took over the company. In response to clients who asked, “Are you as good as Charlie was?” I would always answer, “Nobody was as good as Charlie.” 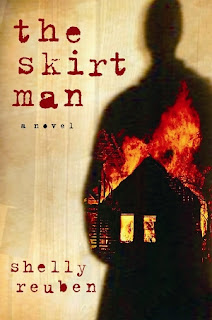 With the explosion in civil litigation, the methodologies of investigating, photographing, analyzing, and training fire investigation have become a Big Business. As a consequence, three things have been happening lately, and I don’t like any of them.

One is technology. Two is Testing. Three is teaching. In all three instances, instead of the focus being on using these tools to assist in the brainwork of fire investigation, the focus has been on using tools to the exclusion of brainwork all together.

Starting with technology, one major change is digital photography. I happen to like digital cameras. Particularly because I am a terrible photographer. Fortunately, if I take enough pictures (and I do), I am always able to accurately document the scene. I, of course, am not the only investigator taking pictures at a fire. Increasingly, however, I seem to be the only one who bothers to PRINT them. 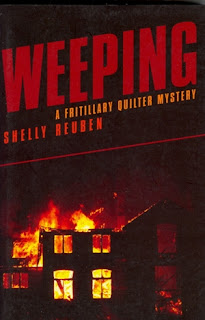 Why is this a problem? Two reasons:

One is blind trust in technology – that the photographs saved on CDs and hard drives are going to be there forever, that the disks won’t fail, and that the computers won’t become obsolete. In terms of evidence preservation, to not make Kodak-quality prints of digital photographs is the equivalent of keeping a record of DNA test results, but throwing out the physical evidence. A print picture exists in tangible reality; it can be analyzed without using a machine; and it is durable.

Print photographs can also be arranged sequentially to recreate panoramas of fire scenes, and they can be incorporated with photos taken by other investigators to produce a more detailed panorama of what a room (vehicle or structure) looked like before the scene was altered.

Although digital photographs are helpful when we want to magnify and isolate certain aspects of an image on a computer screen, after they are saved on a CD (and if they are not printed), they are rarely looked at again.

Testing is another change I observe with keen distrust. In an attempt to quantify fire investigation and make it seem more “scientific,” many indicators long held by investigators to point to the origin and cause of a fire are now being treated with scorn. Laboratory tests are being conducted by chemists and engineers on every conceivable surface using every conceivable combination of materials to evaluate 'V’ patterns, flammable liquid burn patterns, drop down fire patterns, and so on.

The problem? These tests do not replicate the real world. A fire being fought during a blizzard in a 200-year-old barn is not the same as a fire being tested on 200-year-old barn board in a lab. Any seasoned firefighter will tell that if you break one window anywhere in a structure, every variable changes. In a lab setting, every variable is controlled, outcomes can be predicted, and tests can be stopped when a desired burn pattern is achieved – often serving to validate the testers’ hypothesis and confirm their findings.

The last change I want to mention is how fire investigation is being taught. 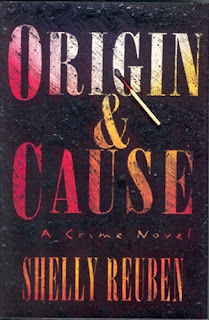 I recently took a course on appliance fires. In order to teach how an accidental fire could start in a stove, instructors erected a cubicle and tried to make the product fail at a designated point. However, when they could not get a fire to start at that location, instead of moving on to a different product, they stuffed paper towels down behind the stove, set them on fire, and said, “this is the way a fire looks when it originates at a faulty connection between a flexible tube and a gas pipe.”

WRONG. This is how a fire looks when it is set in paper towels behind a stove.

This same technique is used to teach vehicle fire investigation. If the instructor wants to show you an engine compartment fire, he will use a torch to ignite, let’s say, a carburetor, and announce, “this is what a carburetor fire looks like.”

WRONG. This what a fire looks like when someone ignites combustibles in the area of the carburetor.

In the name of technology, science, and expediency, instead of becoming more rigorously committed to reality, fire investigation is becoming sloppy. If Hercule Poirot were assessing the situation, he might cry, “Mon Dieu. They rush here. They rush there. But they do not use their little gray cells.”

It’s almost as if, when going to a fire scene, contemporary investigators remember to pack their cameras, their measuring devices, their evidence bags, and their lithium LED flashlights, but in their rush to write reports, initiate lawsuits, and satisfy clients, they forget to pack the most important tools that they have.

Their powers of observation. Their analytical prowess. Their faculty for inductive and deductive reasoning.