Readers of crime fiction are often glued to pages where a woman struggles against forces that try to destroy her very existence.

Today's headlines all around the world describe terror against women of all ages, religions, ethnic/national backgrounds.

I am honored to share a brief introduction of each writer with you, followed by their own thoughts about their female protagonists.

1. Mike Lawson, raised in Colorado, worked for the U.S. Navy nuclear power program, then wrote a series of over 8 crime novels set in Washington, D.C., with a recurring cast of characters. His protagonist, Joe DeMarco, a lawyer who has never practiced law, is a charming bagman for a devious, aging Speaker of the House. Recently, Mike began a new series, writing as M.A. Lawson, about a strong female named Kay Hamilton. The first book, Rosarito Beach, is set in the Mexican border region, the Marine Corps Base Camp Pendleton and the federal lockup in San Diego.

Lisa Scottoline writes, "A new star in crime fiction, the tough-minded and tough-talking DEA Agent Kay Hamilton, a renegade who welcomes risk and doesn't play well with others. She handles ruthless drug cartels, crooked cops, and government politics with guts and attitude, but nothing prepares her to take on her greatest risk yet—one involving the human heart!"

"Rosarito Beach grabs you by the throat… and then there's Agent Hamilton. I fell for her on the first page."—Jeffrey Deaver

Mike's new book House Reckoning comes out July 2. "A fine thriller with a tense, twisting plot and a sociopath villain worthy of a seat in the House." (Booklist)

2. Margaret Mendel, a former member of the MWA-NY Board, and member of Sisters in Crime, a West Coast native, now a Manhattan transplant, best known for her superb photography, has been published in Sisters in Crime collections of short stories.

Her novel, Fish Kicker, features a young single mother in the Alaskan wilderness, struggling against the harsh winter, a history of alcohol abuse and her fight to get her daughter back. The author presents a consistent, carefully-coordinated hostile background of man and nature, as the young Sharon Wolf fights her way—difficult step by difficult step—to get her life back on track against formidable odds. Personal demons, rough criminals, harsh terrain—all lie in her path. But she pushes ahead in a dark world to pick up the pieces of her splintered life and finally trudges up the mountain of her life to a better place. This author weaves an incredible net of unrelenting pain and agony as the young mother passes from darkness into light, from being a victim to becoming a victor.

3. Tina Glasneck, a member of Sisters in Crime, the James River Writers and Romance Writers of America, is from Richmond, Virginia. She uses her own early life experiences as well as her work as a criminal paralegal to spin heart-wrenching tales of murder, mayhem and mystery. A graduate of a Citizen's Police Academy, she has first-hand knowledge and insight of a dark world. She served as an intern for Commonwealth Attorney David Hicks, where her love of research and gruesome case files factored into her decision to write crime fiction. She found she had to "find the boundary between heart-wrenching empathy and dehumanizing numbers when she encountered tragedy." Her empathy comes from her religious background with a Master's Degree in Theology.

Her first book, Thou Shalt Not, was based on real life—a troubled client threatened to harm Tina and her co-workers. She later enrolled in the Citizen's Police Academy to learn more about law enforcement. "The class was like caffeine for a coffee addict," she said.

For several years she bounced ideas off her husband, Christian, acting out fight scenes with spatulas and tongs while making dinner!

Tina says books offered escape from the day-to-day realities of living in Richmond public housing as a child. She attributes her love of books to years of checking out books with her mother at the Hull Street library branch, often checking out 10 books at a time!

Her book that I chose for this blog is Angels Cry, a dark, hard-edged suspense novella on the issue of human trafficking and body brokering, a practice that is the second fastest growing criminal industry, according to the U.S. Department of Justice.

Tina's goal is to provide her readers with tales filled with murder, mystery or mayhem, highlighting that an absolute good or evil does not exist!

In Angels Cry, the protagonist, Charlotte "Charlie" Palmer, is abandoned by her undercover cop husband. She is then caught up in a world of nightmare, her life taken over by a way of life she may not be able to escape from—alive… The author's comment on this book is prescient. "We think about human trafficking, we think about larger cities with worse reputations, we think about foreign and faraway places. Most of us never consider that it could be happening in our own backyards."

First, I want to thank Ms. Thelma Straw for inviting me to contribute to her blog about strong female protagonists.

The protagonist in my novel, Rosarito Beach, is a doesn’t-play-well with others DEA agent named Kay Hamilton. The stripped down version of the plot is that Kay sets her sights on bringing down the brother of the leader of a Mexican drug cartel, she arrests him, then someone close to Kay is kidnapped to force her to free the guy. Kay, who’s fearless, extracts herself from the situation with some violence, a bit of luck, and a little sex.

The funny thing about the book is that I didn’t have some sort of master plan to write a novel with a female protagonist. I’ve published nine political thrillers, and the protagonist in those books is a guy named DeMarco who’s basically a fixer for a corrupt congressman. In those books, DeMarco has a friend named Emma who’s somewhat like Kay: intelligent and strong and tricky. Well, what happened is that a television producer loves the Emma character in my DeMarco novels – likes her even better than my hero DeMarco – and he asked me to write a screenplay, a thriller for television, with a female protagonist sort of like Emma. The TV thing never happened, I never finished the screenplay, but instead I ended up writing Rosarito Beach.

What I like about Kay is that she’s flawed—and I like flawed heroes. - On the positive side of the ledger, Kay is smart, tough, sexy, and brave. She has a sense of humor. She’s willing to take big risks. - She’s loyal to people (but not organizations). On the negative side, she’s stubborn and uncompromising; she’ll isn’t willing to admit she’s wrong; she makes mistakes both personally and professionally; and she’s so driven that she can be a tad insensitive. (Well, okay, maybe more than a tad.) I’m hoping readers will like Kay not only because of the way she overcomes the deadly issues she faces in Rosarito Beach, but because she overcomes some of her own flaws to ultimately do the right thing.

Kay will be starring in a sequel to Rosarito Beach called Viking Bay, which will be released in January 2015. In this novel, she’s no longer with the DEA—she was fired in Rosarito Beach—and finds herself in a literally explosive political situation in Afghanistan.

Strong female characters have always intrigued me. So, it was no surprise that a character and story line began to develop when my sister, who lives in Alaska, told me about a woman she met in a fish cannery who earned a living by kicking fish off the bed of pickup trucks in a local fish cannery on the Kenia Peninsula. The image of a woman wearing heavy rubber boots, standing atop a mess of salmon gnawed at me until I had a clear picture of my protagonist, Sharon Wolf, and I was off and running into the life of a FISH KICKER.

Initially, FISH KICKER started out as a short story about a woman living on the edge, alone, struggling with sobriety, no home, camping in the Alaskan wilderness, and working as a fish kicker. The story was published in an online journal, BartelbeySnopes.com. The response to the story was positive, but the readers told me they wanted to know more about what happened to Sharon. I, too, was not satisfied with where I’d left her, on the move, with no clear destination and nothing to anchor her to the planet except the desire to stay away from alcohol, get out of the reaches of a psychotic killer who thinks she witnessed him commit a murder, and wondering if she’d ever get her daughter out of foster care.

I’ve heard writers tell about how characters take the author by the hand and together they write a novel. Well, that’s kind of how FISH KICKER, the novel, was created. Sharon Wolf did not come to me fully formed, but I knew she’d made a mess of her life and with no clear way out of what she had created, it was obvious to me that she was determined not to go back to her old ways.

Frequently I have said that the job of an author is to mess up the lives of their characters and then spend a couple hundred pages straightening things out. I guess I can do this because I have a strong conviction that even in the worst of circumstances, making the right decisions and digging down into that place where the positive resides, the lowly, the lost, the downtrodden, can eventually survive and achieve.

I had a lot of pleasure writing Sharon’s story, tinkering with her life, throwing everything at her but the kitchen sink, and then watching her bounce back. She fought against taking another drink. She learned to trust others, though swallowing her pride did not come easily. When she found herself and her daughter’s life in danger, Sharon managed to use every ounce of her inner resources to overcome the threat.

When the reader has finished the last page of FISH KICKER I want them to come away feeling as though they experienced a triumph, that if Sharon can do this, anyone can. I want the reader to cheer her on, to want Sharon to achieve, and to feel good about her self.

But this is not the last you’ll see of Sharon Wolf. She still has many stories to tell, more obstacles to overcome and more triumphs to be proud of.

You can visit my website at pushingtime.com. I’m an avid photographer so expect to see a lot of photographs on my blog which I refer to as ‘Reflections’. 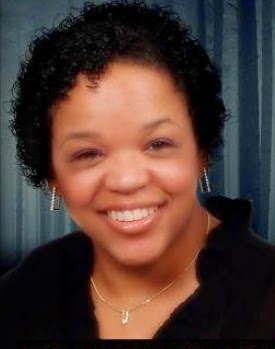 Tina Glasneck is currently recuperating from a recent auto accident and will join us later this summer with her own contribution to Crime Writers' Chronicle. We all wish her a full and speedy recovery!
at 7:30 AM