How I Got To Be Sam Cabot 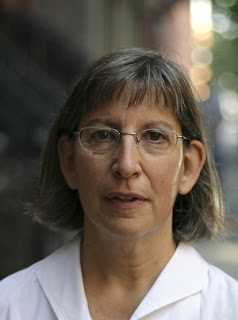 SJ Rozan, born and brought up in the Bronx, is, as SJ Rozan, the Edgar, Shamus, Anthony, and various other award-winning author of 13 novels. Feeling like that was a lucky number, she's now taking a break and being the Sam half of Sam Cabot.

…And she's a fair hand in a pickup game of hoops.


A book called BLOOD OF THE LAMB is coming out on Aug. 6, by a writer named Sam Cabot. It's a paranormal thriller, full of vampires and the Vatican. Now, the thing is, Sam Cabot is me. Or, half of him is: the Sam half. The Cabot is my writing partner, Carlos Dews. (Get it, Sam = SJ, Cabot = Carlos?) What this means is, I've co-written a paranormal thriller set in Rome. Right in that sentence are four things I never thought I'd do. Co-write, paranormal, thriller, Rome. How did this happen?

I was swept up in a perfect storm. 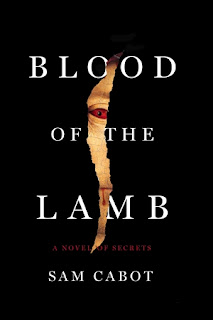 I'd finished the third book on a three-book Lydia Chin/Bill Smith contract (GHOST HERO) and had not been struck by the lightning of a great new idea yet. A few months earlier I'd a written my first ghost story, "The Path," for the Charlaine Harris anthology HOME IMPROVEMENT: THE UNDEAD EDITION, and found out thereby how much fun, and how challenging, the supernatural can be. The book before GHOST HERO, which I know sounds like a paranormal but is not, was a Bill Smith-narrated novel called ON THE LINE that I'd written as a ticking-clock thriller just to see if I could. And in three of my previous books—a Lydia Chin book called THE SHANGHAI MOON, and my two standalones, ABSENT FRIENDS and IN THIS RAIN—I'd used multiple points of view. So all those ingredients were in place when Carlos Dews, whom I'd met about six months before, announced over drinks with friends one evening that he had a great idea for a thriller, a truly fabulous doozy of an idea, but being a literary academic (he is, classically, an English professor; he teaches at an American university in Rome) he knew enough to know he had no idea how to go about writing a thriller and did anyone know anyone who might want to collaborate? One of the other folks there turned to me and said, "SJ, this is right up your alley, why don't you work with Carlos on this?"

At which point I turned to myself and asked, "SJ, why didn't you leave this party ten minutes ago?"

Yes, I thought it was a terrible plan. Co-write? Me? I hadn't heard Carlos's idea yet, and I didn't want to. I wanted no part of the entire project. But I couldn't say to the guy, "I don't care how &^%#*! good your idea is, it's not good enough for me." I mean, how high-falutin' is that? So I agreed to meet with him over coffee a few days later to hear this idea.

And from that moment on I backed into this project every step of the way. Okay, I agreed it was a great idea, but we couldn't possibly have the same notion of what "working together" would mean. Yes, shockingly, we did; but Carlos, being an academic and not a genre writer, would have no thought as to how much world-building would have to go on before we could even start a paranormal. Well, yes he did, and had worked out most of the answers to my world-building questions already. Fine, but since I'd be the writer on this project and he the research, edit, and co-plot guy, he was bound not to like the loss of control over a story he'd had pieces of in his head for a year, once I started actually bringing the characters to life. We got that far: I sent him three chapters. He was back in Rome by then, so I sat back and and waited for the explosion from across the sea.

So, well, what the hell. BLOOD OF THE LAMB was underway. We sold it on 20,000 words and an outline and the publisher, Penguin/Blue Rider, wanted to know if, one, we were planning it as the start to a series and could we give them a second one if they made an offer; and, two, would we be willing to use a single, pseudonymous name on the book.

And that's how I, and Carlos Dews, got to be Sam Cabot.

Sam's working away on volume two in the Novel of Secrets series, a book to be called SKIN OF THE WOLF. He hopes that you check out BLOOD OF THE LAMB, which, though a paranormal, is really about faith and religion and the differences between them. He really hopes you like it. So does Carlos Dews. And so do I.