The Thoughts of Youth

I was thirty-one when I wrote the essay I share with you today. 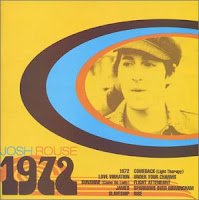 I am a pack rat. I keep stuff, but not the way Aunt Jeanne keeps old newspapers and the lingerie of her young days, seventy years ago. I keep books and essays I wrote years ago that I never did anything with. But when I run out of space in the file drawers, paring down the junk paper is the only choice. In the latest purge, I came across the following essay from my day job as a corporate development expert and management trainer, working in a Wall Street bank. These words pre-date my five books on business subjects. I share them today, verbatim from what was in the file, (that I had typed on a typewriter!). I want them to see the light of day before I destroy them forever. They seem a whole lot more amusing than anything else I can think of to say this week. As you will soon see, what I said turned out not to be true. The ruling class then is pretty much the ruling class now, especially on Wall Street. Nothing has changed in that regard, but here is my wishful, youthful thinking from 1972:

The Coming of the Corporate Ice Age, or Where Have All the Flowers Gone? 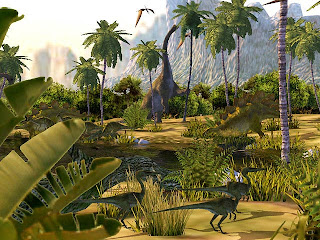 For the past nine years, I have observed corporate America from near the bottom of the organization chart. About two years ago, I became consciously aware of making cosmic generalizations about what I saw.

Last year because it was fashionable, I started to call this hobby of mine “corporate anthropology.” Since then, I've gotten into a whole new field which I'm calling “corporate geology,” which isn't really right, because it's not the study of rocks, but of fossils or soon-to-be fossils.

There they were in those lush jungles, huge, pea-brained creatures ruling the land by sheer power and size. They were completely committed to the status quo, had spent generations evolving into the kind of animals that were best at living in the jungle. They knew all they had to do was to be consummate consumers of as much vegetation as they could and they would grow even bigger offspring who could take over for them. Since they never had to worry about where their next meal was coming from, they never bothered to learn new skills, and eventually lost their ability to learn any. Then, a nasty thing happened – the environment, which they had dominated by being totally committed to it, changed on them. The ice age came; the jungle disappeared and with it the dinosaurs.

The corporate dinosaur, on the other hand, is making it because at least four of the following:


There he stands, striking just the right confident pose, unaware that behind the potted palm nearby an artist from National Geographic is sketching him so that future peoples will know what he looked like.

This creature's gait is slow; he exhibits poise and calm even during ritual combat. Not so his distant cousin, who lives, during daylight, in great frenzy. 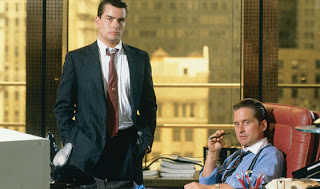 Newly arrived from the immigrant classes, the neo-dinosaur is also white, male, maybe not Anglo-Saxon, probably not Jewish – the truly tragic character on the scene. This species has spent a couple of generations getting into the jungle. Not having evolved there, he has to use wit and cunning to survive and succeed. Smaller than the classic dinosaur (suffering particular disadvantage because of his smaller and more vulnerable pocketbook), the neo-dinosaur has managed to make some gains. But, he's still second on the philo-genetic scale; most of the plants in his part of the jungle are plastic, his consumption rate is lower (although he lives on the illusion that it is rising, that he is catching up). He has set up neo-dinosaur training camps, designed to look as much like the authentic camps as possible, where he sends his offspring (particularly males) to be trained in dinosaur ways. He keeps before him the dream of arriving at the ancestral place of the old-line dinosaur and strives after semblances of movement in that direction, reaching beyond his means to live in more and more expensive clearings in the jungle, far away from the "lower animals". He spends his three weeks’ vacation at the water hole most recently abandoned by the real dinosaur.

The neo-dinosaur's wits are still sharp enough to hear, especially when he gazes at the ice cubes in his bar-car martini, that the glacier's on the move. His response is to be resentful, to hold his ground for his territorial instinct is strong and he has fought hard for his piece of turf. Most of the old line dinosaurs have lost their ability to perceive this change in the jungle.

For both these great beasts, extinction is nigh. Small animals—mammals even—are beginning to adapt and thereby make changes in the environment. The jungle is changing faster and faster. The dinosaurs own heavy consumption rate is destroying the very jungle they depend on. Their offspring are deserting the training camps to go and live on roots and bananas with the lower animals Even the females of their own species are beginning to question the wisdom of traditional dinosaur ways. But as the changes and disappearance of the jungle continue, all we hear from the dinosaurs is the sound of munching and an occasional chorus of, "Where Have All The Flowers Gone."

Annamaria Alfieri
at 7:18 AM