You Had Me at "Hello" 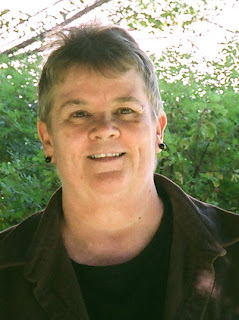 Sharon Wildwind, a member of the blog team Poe's Deadly Daughters, is our guest for today. We are delighted to have this Canadian crime writer share her thoughts with us!


According to the New Yorker, Pulitzer-winning author Philip Roth and newly-published writer Julian Tepper had a small lifestyle opinion difference in a New York deli.

Tepper presented Roth with a copy of Teppler’s first novel. Roth supposedly advised him to give up writing because being a writer was a soul-killing way to spend one’s life. The Paris Review Daily published an essay Teppler wrote about the encounter.

Enter into the fray Elizabeth Gilbert (Eat, Pray, Love; Committed; The Signature of All Things). She defended writing and writers. 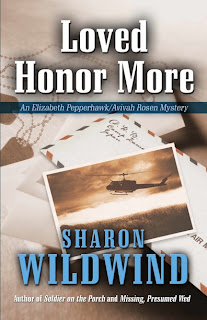 Enter Avi Steinberg, who wrote the New Yorker article referred to above. This is not a he said, he said, she said, he said blog. There are links. Anyone can read what was reported for herself. What stopped me in my tracks was when Steinberg ended his piece with this quote:

“That’s the kind of a person it takes to be a writer: someone who’s zealous and ready to argue, someone who has Philip Roth tell him, “It’s torture, don’t do it,” and replies, “You had me at ‘torture.’”

That’s a play on Dorothy Boyd’s line from the movie Jerry Maguire. “You had me at hello.” With the implication being that writers are innately in love with torture and would love a profession in which they experienced it.

I laughed. I pumped air and said, “Go, Avi.” I copied the quote and put it in my inspiration folder. In short, I had a hugely politically-incorrect moment. Once in a while it’s relief to have someone tell it like it is, and at the same time, an embarrassment that I would make a joke out of torture.

Being a crime writer is full of politically-incorrect moments. Our subject matter, be it fiction or real-life crime, focuses on the dark, darker, darkest sides of being human. A couple of years ago a relative died. For multiple reasons I had several contacts with the Medical Examiner’s Office. The young women I spoke with tried to be delicate about details. It was only when I convinced them that I had a working knowledge of autopsies, body identification, and the backlog in DNA labs that any real communication happened. One woman said, “We can’t talk like this with most of the people we contact.”

Knowing a lot—probably a lot more than is good for us—about what human beings do to one another is a crime writer’s curse, as is the knowledge that, in some countries, being a writer leads to torture. The real kind. The nasty kind, and yet writers endure.

For many of us torture isn’t what other people do to us, it’s what we do to ourselves. It’s doubt, self-recriminations, feelings that I should have done this or that different. I should have put more effort into writing. Promoted the book harder. Stood up to that editor. Caught that stupid mistake in the proofs. Demanded a retraction on that horrible review.

I’ve never heard a crime writer, no matter how well established, say, “After a while all doubts go away. I get up every morning knowing that I’m a sane, competent writer, who is solidly on the career track I laid out for myself.” But I’ve heard a lot of writers say, “I’m not sure I can pull off this new book, these new characters, this different kind of marketing plan. I’m having a hard time right now with the beginning, the middle, or the end.” None of us are sure, but a lot of us are working very hard to cope, even to thrive.

Coping, day in and day out, gets horribly tiring. In general, our society isn’t set up to lay laurels upon our creative brow. We survive on grants and grants get cut. We have the good fortune to bond with a wonderful agent or editor. They move or leave the business or get sick or even die and we have to start over. The publishing rules change and the book we wrote under the old rules is now unsalable. The question I get most often from people I see occasionally is, “Are you still writing?”

It’s not the question, it’s the tone in the question, with the hidden meaning being, “Surely by now you’ve come to your senses and moved on to something more productive?”

Yep, still writing. Still here. Still coping. Still dealing with the dark side of humanity. Still living the crime writer’s life, and darn glad of it.