Celebrating Letters ( the kind that were written on paper) 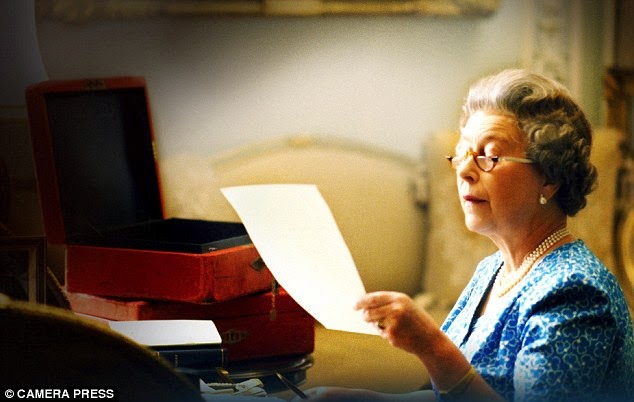 I used to be a very good writer of letters and I probably still would be if it weren’t so easy to succumb to the ease and immediacy of emails.

Haven’t you always wanted Queen Elizabeth II’s recipe for drop scones? You’ll find it in a letter to Dwight Eisenhower in which she remembers his visit to Balmoral Castle.

If you want to continue on the royal road there’s Mary, Queen of Scots’ letter to Henry III announcing her imminent execution (it happened 6 hours after she wrote the letter).

For the literary, there is the suicide note that Virginia Woolf leaves for her husband, Leonard. She can no longer read or write and is hearing voices again. She adds, “Everything has gone for me but the certainty of your goodness. I can’t go on spoiling your life any longer. I don’t think two people could be happier than we have been.”

These letters are not all gloomy. Kurt Vonnegut writes about the firebombing of Dresden, but he survived it and went on to write Slaughterhouse-Five. Patrick Hitler, Adolf’s nephew, begs to be allowed to fight in the US military against his uncle. His letter was handed over to J. Edgar who did eventually agree that he could serve.

A 23 year old Eudora Welty begs The New Yorker for a job: “I read simply voraciously and can drum up an opinion afterwards… I can also draw like Mr. Thurber, in case he goes off the deep end. I have studied flower painting.”

My favorite letter (which went to many people) comes from Robert Pirosh who wants to become a screenwriter. He went on to get an Oscar for his screenplay of Battleground:

I like words. I like fat buttery words, such as ooze, turpitude, glutinous, toady. I l like solemn, angular, creaky words, such as straitlaced, cantankerous, pecunious, valedictory. I like spurious black-is-white words, such as mortician, liquidate, tonsorial, demi-monde. I like suave “V” words like Svengali, svelte, bravura, verve. I like crunchy brittle, crackly words, such as splinter, grapple, jostle, crusty.

I like the word screenwriter better than copywriter, so I decided to quit my job in a New York advertising agency and try my luck in Hollywood, but before taking the plunge I went to Europe for a year of study, contemplation and horsing around.

I have just returned and I still like words.

May I have few with you?


Stephanie Patterson
at 7:30 AM