Poverty. Like every other thing that blights our existence here on this earth, or at least blights the existences of some of us, we seek to understand it. We do so out of both curiosity and the belief that such understanding will allow us to eliminate it. It seems to me that explanations of poverty fall along a spectrum, with those who feel poverty is the fault of those who are poor (either congenitally or for lack of trying) at the one end of the spectrum, and those who believe it is foisted on the impoverished by circumstance on the other. The Conservatives are on the one end, telling the poor to just go and get jobs at McDonalds and work there 100 hours a week for 1000 years and they won’t be poor anymore, and the Democrats on the other, saying that everyone who is poor is noble and misunderstood and just needs a break, an even break, a new deal, a square deal. 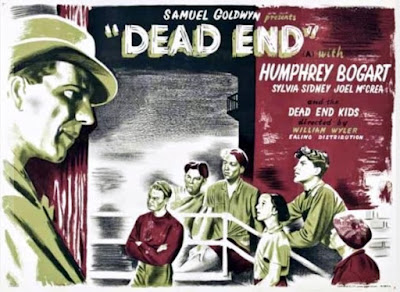 Each side has a political axe to grind. The Conservatives want to not have to feel guilty while not giving any aid to the poor through taxes and the liberals want to feel virtuous by caring for their fellow man, even to the point of paying taxes for the social programs that might help them. The Conservatives claim to be practicing tough love, that they are teaching a man to fish. The Liberals accuse the Conservatives of lying about the existence of, or access to, the fish. Any truly thinking person has to admit that circumstance grows out of nature and nurture, environment and heredity, personal effort and social circumstance. Some people are going to be poor, or even criminals, no matter what—and the only thing that class decides is what kind. If you are born with a golden spoon in your mouth, you become an embezzler or financial adviser, and if you are born poor you hold people up at gun point or become a loan shark or the owner of a pawn shop.

There were class concerns reflected in attitudes towards poverty early in the 20th Century. The WASP establishment was not too happy with the huge influx of Southern and Eastern European and Catholic immigrants to this country around the turn of that century. NINA (no Irish or Italian need apply) signs could be seen in shop windows. The haves did not want to share with the have-nots, even though the have-nots did the work in the factories and built the railroads and died in the wars. Prohibition was partly about this. And there was the old blame the victim thing going on—those lousy Papist, drunk and fornicating immigrants were un-American, and The Establishment wanted to keep them down, or at least not help them get up. These new Americans were either congenitally unable to be good citizens, born without smarts or a moral compass, or they choose to not be good, but either way they were a threat to “our” (good Americans, does anyone hear an echo of all this in Donald Trump?) way of life. Maybe it all comes down to who you identify with—do you feel like an aristocrat who is being held back by the welfare state, or do you align yourself with the downtrodden, and champion unions and governmental control of some aspects of the economy?

DEAD END (1937) deals with the nexus of poverty and crime. And it is decidedly more sympathetic to the downtrodden, even the criminal, than previous movies were. Maybe it had something to do with the Depression, the point of view this movie took. A lot of the people ginning up a quarter for the movies were the very people society had left behind. Certainly, many people who had thought they were above something as unseemly as poverty found out that they weren’t. The country was close to outright rebellion, and some ground had to be given to the have-nots (although they were demonized as communists and anarchists and, worst of all, atheists). The movies had theretofore betrayed poverty as the province of the depraved, as a comeuppance for sloth or moral turpitude—for not standing during the Pledge of Allegiance or giving enough to the collection plate in Church (or for missing church altogether).

DEAD END, starring Joel McCrea, Sylvia Sidney and Humphrey Bogart, along with the “Dead End Kids” (some of whom would morph into the more comic and benign East Side Kids and Bowery Boys after the war) places the blame for poverty and crime directly at the larger society’s door. Of course, it also, because of the Hays code, couldn’t depict crime as something that ultimately pays. If it was truly true to life, one of the kids would rise up from meager beginnings as a leg-breaker or rum-runner to fight promoter, financial investor or politician.

The “Dead End Kids” live on a literal and figurative Dead End, somewhere in the East 50’s, cheek by jowl with the East River, in what is now probably Sutton Place, at about exit 11 on what is now the FDR drive. The docks that they dive off of are also cheek by jowl with a mansion owned by the Griswolds. When the boys, who are portrayed as high spirited and rambunctious but basically good, mug young blue blood Philip Griswold (an annoying little Lord Fauntleroy type, although he comes across also as just wanting to be one of the guys, and his milquetoast nature can be seen as inevitably arising from his cosseted upbringing), things go from bad to worse. Tommy Gordon (Billy Halop) is collared by Griswold’s old man, and cuts old Griswold with a pocketknife to get away. Tommy’s sister Drina vows to somehow get him out of the city so he won’t end up in reform school, which he is sure to do if he gets caught (Griswold’s brother is a judge).

Reform school is portrayed not as a place for criminal youths but as a place where youths become criminals. And the deck is clearly stacked against the poor in other ways—the Irish cop on the beat knows that he is going to lose his job if he doesn’t find Tommy. Two kinds of justice—that for the rich and that for the poor.

Dave Connell, a neighborhood kid who made good, kind of, is an out of work architect who managed to grow up hard without getting hardened into criminality. Humphrey Bogart is his counterpart, counterbalance, the id to his super ego, a good kid who went bad, a murderer who goes by the moniker Baby Face Martin. He comes back to the neighborhood to see his Ma (Marjorie Main) and his old flame Francie (Claire Trevor). Ma tells him to drop dead, and Francie has turned to prostitution and contracted syphilis: The sainted martyr and the fallen woman who has fallen so hard she is never getting up.

A bitter Martin decides the trip should not be a complete waste, and he kidnaps the little Prince. Connell kills Martin and gets the reward for his capture, which he uses for a lawyer for Tommy, who turns himself in (crime doesn’t pay, even if you are driven to it, let’s not get too truly radical here) hoping that a little money will grease the machinery of justice well enough so that Billy won’t go to the dreaded reform school. And of course, you get the feeling Connell and Drina will get together, and the good man will save the good kid and the trying-to-be-good woman from whatever evil will befall them, including becoming evil themselves.

OK, saccharine, cloying, sentimental, and simplistic. Still, I liked it better than a lot of earlier gangster movies. There is some pathos, some genuine drama. Bogart is a bad man but there is some good in him, and the kids are basically good, trying to hold out against the darkness all around them. The women are either good or bad, with no middle ground, except for Connell’s girl Kay, who loves him but won’t marry him since he is poor. And Connell, although he is pretty saintly, is also dumb enough to not see that Drina is a much better choice for a life partner. She’s not flashy, but she has substance. She can probably bait her own hook, whereas Kay would not even deign to fish. Sylvia Sidney is as pretty as Claire Trevor, I thought, and even if she wasn’t, men don’t have to make their choices in women based solely on looks. (Do they?)

Perhaps the most effective scene comes at the end. Spit (Leo Gorcey, who would later become Slip Mahoney in the series of East Side Kids and Bowery Boys movies) gives up Tommy in order to save himself, and Tommy tracks him down in order to give him the mark of the squealer (to cut his face and leave a permanent scar). But Tommy hesitates, and Connell steps in and stops (and saves?) him. Into that moment of hesitation you can impose your ideas about everything above, from either end of that spectrum. If Tommy does cut Spit, would it be him or poverty or his own congenitally damaged nature that would be doing it, and would he be solely responsible, or would all of society carry some of the blame? No easy answer to that one, which made it the best scene of the movie for me.