Revisiting NYPD Past with Theodore Roosevelt 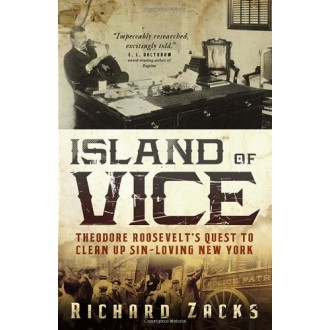 Last week I did a book review at the Albany Public Library. I’ve spoken there a half-dozen times, mostly about my own books and on one other occasion reviewing a biography of Clarence Darrow. Both times, I have to thank the Friends of the Albany Public Library (average age about sixty-five, I estimate) for prompting me to finally read a book I already owned that languished unread on the shelf among all the other Unreads. For the same reason they asked me to do Clarence Darrow (one criminal mouthpiece to another), they tapped me for Island of Vice: Theodore Roosevelt’s Quest to Clean Up Sin-Loving New York by Richard Zachs. Roosevelt was appointed on May 6, 1895 as President of the four-member Police Commission that ran the New York City Police Department. Tasked by Republican reformers to put the New York cops back on the straight-and-narrow, after thirty years of Tammany Mayors memories must have been vague as to when that last was.

In 1895, New York City was largely the island of Manhattan and “some parts of the Bronx”—which parts weren’t specified, but here’s a lament from a Bronx patrolman: “The next time I get that post I’ll demand an axe to hew a path through the forest, with a locomotive headlight to illumine the way, and a dozen red sky rockets to send up for assistance in case I fall into some gully or get tangled up in the jungles north of 180th Street.” (That’s how cops spoke of Staten Island in the 1970s.) The boroughs of Brooklyn, Queens and Staten Island did not merge into one New York City until 1898. 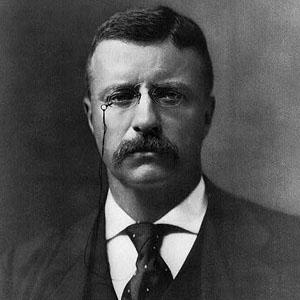 When Roosevelt (“TR”) took office, the City had 3,800 policemen in 38 Precincts, watching over two million people crammed into a dozen square miles, connected by a 5-cent cable car ride and four massive elevated train lines running north-south on Second, Third, Sixth and Ninth Avenues. Physically, the City was recognizable but different. Madison Square Garden was a yellow-and-white edifice on East 26th Street, atop which perched on her tiptoes, a 13-foot gilded copper statue of Diana, Goddess of the Hunt, lit up at night by 50 Edison Lamps, spun naked on perfectly balanced ball bearings, telling City dwellers which way the wind blew. At Fifth Avenue and 41st Street, the Croton Distributing Reservoir occupied the site of the future New York Public Library. No automobiles. Instead, “Tens of thousands of horses, carriages, wagons, public horse and cable cars, but not a single traffic light or stop sign and vehicles could ride in any direction on any street, no faster than 5-miles-per-hour.” No traffic cops. Horse thieves abounded in NYC; outlaw stables where horses’ coats were quick-dyed, tails clipped and wagons repainted, presaged the coming of the chop-shops of the 1970s.

More than 30,000 prostitutes worked daily from the upscale Tenderloin district (a 2-block-wide swath along Broadway from 23rd to 42nd Streets) to impoverished Russian Jewish girls charging 50-cents down on Eldridge St. In the tiny 9-square-block 11th Precinct on the Lower East Side, 250,000 mostly Polish and Russian Jews, lived and labored. Their pushcarts filled Hester, Allen, Chrystie, Forsyth, Delancey, Grand and Houston Streets, far as the eye could see seven days a week. Pushcart men paid a few dollars for the privilege of remaining stationary, to not have to move on every ten minutes as local law mandated; Italian bootblacks paid for prized corners and shined police shoes free. You could get a drink, and more, in the 250 saloons and 50 brothels in the 11th Precinct, even on Sunday. Especially on Sunday, the workingman’s only day-off.

Big Bill Devery, Captain of the 11th Precinct, plainly stated his view of such enterprises in his domain: “Take a payoff, let the people enjoy themselves.” Devery charged each brothel a $500 initiation fee and $50 a month; method of payment was “the police handshake,” a $50 bill palmed and passed. Saloons, gambling halls, pool rooms paid to stay open. It was this business as usual in every Precinct. Into this Sea of Iniquity, strode Theodore Roosevelt, on the arm of the Rev. Charles Parkhurst of the Madison Square Presbyterian Church on East 24th Street, a hop, skip, and a jump from TR’s ancestral mansion on East 20th. Rev. Parkhurst, the Prophet Jeremiah of the Republican Reform Movement, and TR who said, “Nothing must stand in the was of enforcement of the law.” Two peas in a pod on a Holy Crusade.

During the sweltering summer of 1895, TR succeeded in closing down practically all the City’s 8,000 saloons on Sundays, for the only time in residents’ memory. During the first fourteen months of his term, TR succeeded principally in that, although the NYPD followed his lead less slavishly in shuttering brothels and gambling parlors, as witnessed by the Department trials and firings of scores of policemen. (None of whom went to jail, however.) By the following summer of 1896, the Republican-controlled Legislature in Albany had had enough, as did a thirsty City. New York State’s Sabbath Law (an Excise Tax Law), on the books since 1857, forbade attending baseball games, horse races and theatre on Sunday, as well as the buying of most anything, especially alcohol. The newly-passed Raines Law, ostensibly even harsher on its face, primarily raised fees and taxes on premises licensed to sell alcohol, while providing an unanticipated boon to the City’s saloon keepers. Private clubs (like TR’s Union League) and ”hotels with 10 rooms or more” could sell alcohol to guests with a meal seven days a week. A construction boom was thereby launched that added 10 rooms to every saloon in the City that had ready access to hammer, saw and nails. A Tammany Hall Judge helpfully ruled that “a meal” could consist of a single sandwich, thus giving birth to the “Raines Law sandwich,” described by playwright Eugene O’Neill as “an old desiccated ruin of dust-laden bread and mummified ham or cheese.” Never consumed, only one was legally required to be kept on the premises.

In April 1897, Roosevelt decamped with relief from the NYPD to his new job as Assistant Secretary of the Navy in President William McKinley’s Administration. TR had tirelessly importuned his friend and Harvard classmate, U.S. Senator Henry Cabot Lodge, to rescue him from his pickle. In May, 1898, the new Police Board chose Captain Big Bill Devery, TR’s bête noire, as Chief of Police. As author Richard Zachs observes: “…despite one of the most concerted efforts in the history of New York City to crack down on whoring, gambling and after-hours drinking, all three somehow thrived.” As epitaph, Abe Hummel, an infamous criminal lawyer of the day, said it best: ”Roosevelt’s tombstone should read: ‘Here lies all the civic virtue there ever was.’”