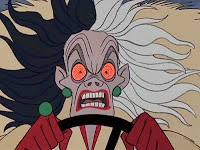 Apropos of Annamaria's encounter with an evil New Jersey driver on Wednesday, I was moved to meditate on the bumps and dings my little Corolla has collected over the past few years. Some have been fixed, and some are still decorating it, like cunning dimples on its bird-doo dappled skin. But none of them came from driving in New York City. Nothing could induce me to drive it in New York City. I will drive through Hartford sometimes, because you have to. I’ve been known to make my way from one end of Philadelphia to another behind the wheel of a car, cursing and trembling the whole way. Once I tried to drive in Pittsburgh with the aid of a spiteful, ignorant GPS, which sent me down a funnel-like construction site until I could go no further. But I never drive in Gotham. I plan to take public transportation to Annamaria's launch party next Tuesday for Strange Gods.

Curiously, most if not all of the bumps and dings on my car happened while it was stock still, parked in front of my house, with nobody in it. The first hit came from an ornamental pear tree, since deceased. Harold and I were sitting on our porch, watching a storm come in, when a sudden gust of wind tore a big leafy limb right off the pear tree and threw it on the car. It was a huge limb, almost half the tree, but luckily the heaviest part didn't fall right on the car. Harold got in and drove out from under the tree limb with a strange scraping sound like fingernails on a blackboard. The damage, luckily, was minimal, consisting mostly of crinkles and dimples on the roof of the car. They're still there.

Then there was the construction truck that sideswiped the car, again, parked, when they were leaving after finishing some work at the neighbors' house. A minor blemish, I would have said, but the body work estimate came in at $1,300. We got the check from the construction company's insurance people some months later, coincidentally the same day that a bill came from my dentist for roughly the same amount. The car is still dented, but, hey, my teeth look great.

A few weeks ago it happened again. Someone sideswiped my car while bumping and grinding out of a parking place. Our plumber saw the whole thing and took down the plate number of the miscreant, who left the scene. Harold called the Lambertville police. Officer O'Rourke arrived to write up the report. He gave me his business card in case there were any questions, and I tucked it into the plastic sleeve along with the registration and insurance card.

This was the very plastic sleeve I presented to the officer who stopped me on Route 29 after the New York MWA meeting, when I was creeping along at twenty-seven miles an hour to keep from hitting midnight deer and hobgoblins. He seemed quite surprised to find the officer's card there. "How do you know Michael O'Rourke?" I had the feeling he expected me to say something interesting, but since I try never to say anything interesting to officers of the law, I told him the boring story I just told you. He seemed satisfied, and let me go with a warning not to drive so slowly. Any day now I'll go down and get a copy of the police report, file an insurance claim, and actually get the dent fixed. Probably. I do wonder whether there's some way I could use Officer O'Rourke's card for some unfair personal advantage.