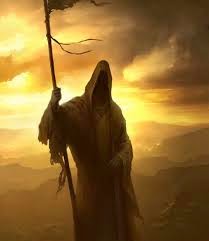 It's Friday the Thirteenth, folks, and tonight the moon will be full. Time for ghoulies and ghosties and long-leggedy beasties and things that go bump in the night. In honor of this rare concatenation (next time it happens will be 2049; last time was October 13, 2000), I thought maybe I'd tell some ghost stories.

The first story is a non-ghost story. As you may know, I serve as a docent at the Marshall House here in Lambertville, the childhood home of James Marshall, who found the first gold in California and started the California Gold Rush of 1849. I could go on and on about his life and work, and I frequently do in the course of my docent gig, but the main thing that strikes me about James Marshall is how badly he got along with his father, Phillip Marshall. Both of them, as near as I can determine, were grumpy and ill-tempered, just the sort of people who might be expected to haunt a house after they've passed over.

And yet the Marshall House is free of haunts. (Possibly this makes it unique among buildings in Lambertville.) Why is this? I maintain that it's a result of having been occupied for eighty years by Sisters of Mercy, who taught in the old stone parochial school that used to be out behind the house. They prayed all the spirits away, you see. Religious structures generally tend to be free of ghosties. Here's a sign in the churchyard of St. Philip's Episcopal Church in Charleston. It says, "The only ghost at St. Phillip's is the Holy Ghost. Join us for worship Sundays 8:15 and 10:30, Wednesday 6 P.M …and learn about the Trinity including the Holy Ghost." Evidently they are troubled by tourists tramping about their old graveyard in search of apparitions. 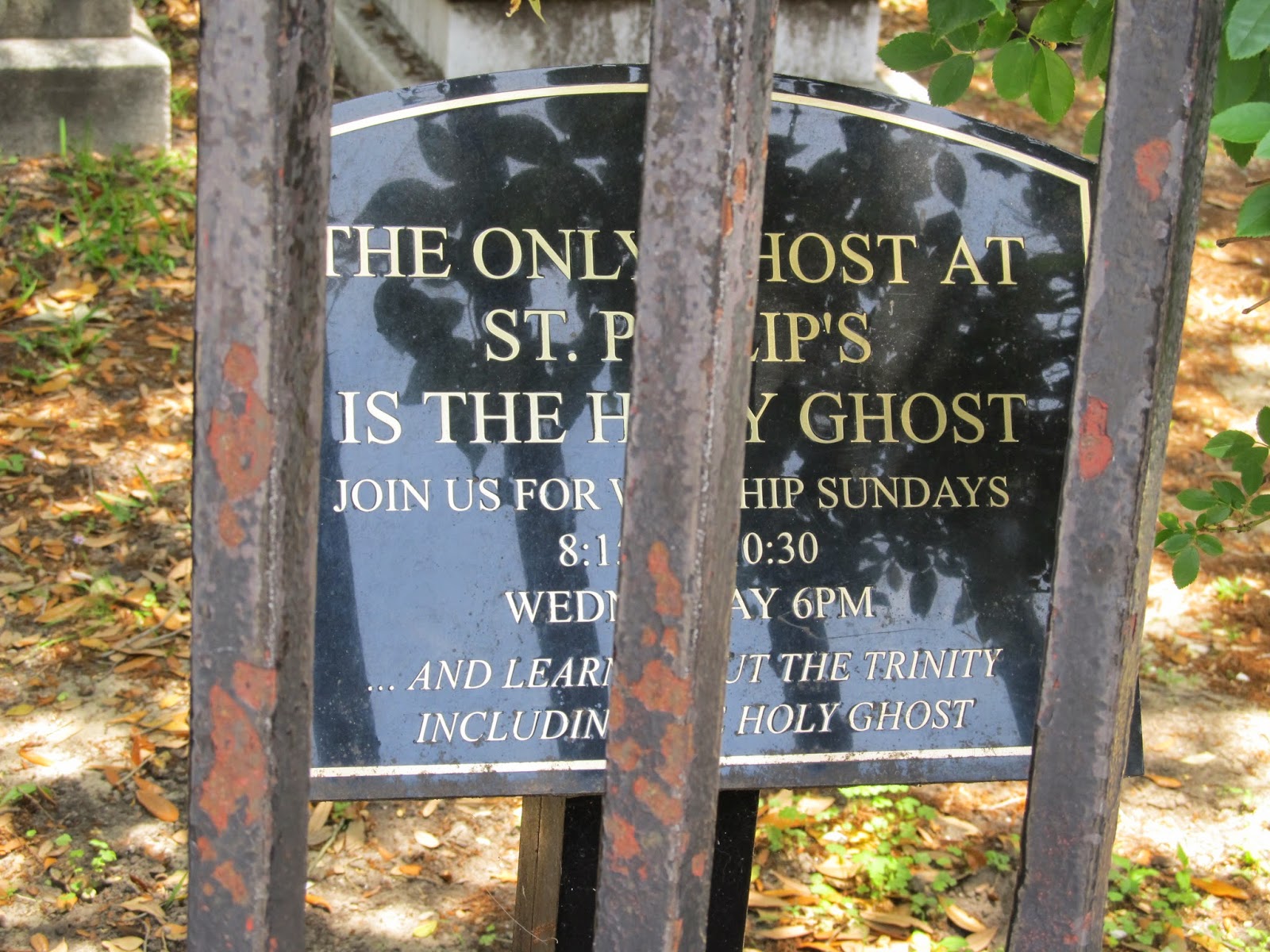 When our tourists here in Lambertville inquire about ghosts they often get to chatting about their own ghosts. You would be surprised how many people have resident ghosts in their homes. The tales they tell me are oddly similar. Their ghosts like to hang out with the family. Sometimes they get jealous of visitors and break things, shelves full of old china and glass. Sometimes they warn people of impending disaster, trees about to fall on the children's bedrooms and the like. Those are the friendly ones. Then there are the ghosts who weep all the time, loudly, inconsolably, completely self-absorbed. You never see them, you just hear them through the wall. I had a friend who said she never lived anywhere that wasn't haunted. She used to hear weeping and screams. Makes you wonder.

This may be a feature of the craze for buying new houses. Get a house younger than ten years old and you'll have to haunt it yourself. Also you won't need to replace the roof, furnace, wiring, or plumbing, but that's another issue. I have to wonder where all these new houses are going to be built. In graveyards, maybe, when the rest of the land runs out. Then you'll see some haunts.

I like an old house. I don't see or hear ghosts, myself, and as far as I know no ghost has ever attacked my crockery. I do sense a difference, when I walk into a place, between a brand new structure empty of old vibrations and a place where other people have lived.

When you sell your old house you have to tell the buyer if it's famously haunted, like the Amityville Horror house. It's an official stigma, like people dying or murdering each other in the house. But if you have just one or two quiet, friendly little ghosts I don't believe you need to declare them. Caveat emptor, after all. Some say my attic is haunted; a woman who lived here happily for ten years says it is not. My glasses are so dirty that I can't see live people, let alone haunts, and the only thing I hear is my neighbors. So maybe yes, maybe no. Anyway it isn't for sale.